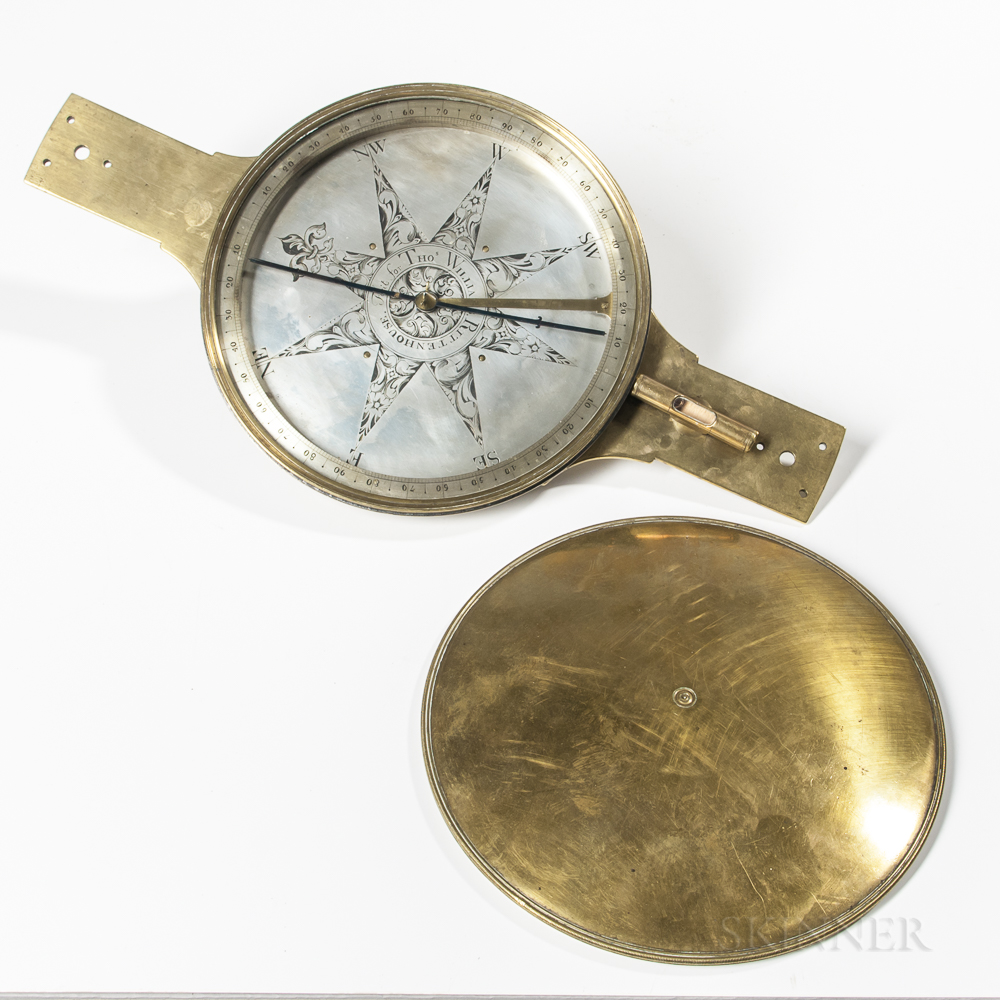 Note: The following is from an unpublished article, "Help for the Optically Challenged Surveyor in the Eighteenth Century." It has been suggested that compasses marked simply Rittenhouse were made by David Rittenhouse 1732-1796, but a more likely explanation comes from Deborah J. Warner, that they were made by Benjamin Rittenhouse working in David's shop, possibly under David's supervision. In either case it is likely that this instrument was made prior to the war starting in 1775. The needle of this instrument is 6 3/8 inches long compared to the 4 1/2 to 5 inches typical of Rittenhouse instruments. The form of the needle is unusual in that it is of uniform width (0.100 inches for most of its length) and only narrows for two short regions at each end. The needle ring is divided into 1-degree intervals rather than 1/2 degree intervals as is typical of Rittenhouse compasses. When Thomas Williams, presumably a farsighted surveyor, would look at the face of this compass he would be able to distinguish the needle because of its width and estimate the bearing within several degrees with the aid of the widely spaced numerals. For final readings to 15 minutes it would be necessary to use a hand glass. This compass is also unusual in that it is fitted with a single level vial to assist in leveling the plates. English compasses (circumferentors) as early as the mid-18th century were equipped with levels, however they are very rare on American compasses prior to 1790. This feature may have been provided to assist Mr. Williams, since the most accurate method of leveling the plate without a level is to align the side, or the slit, of one of the vanes with a plumb line. Such a procedure would be difficult for a person suffering from hyperopia.
Estimate $1,000-1,500