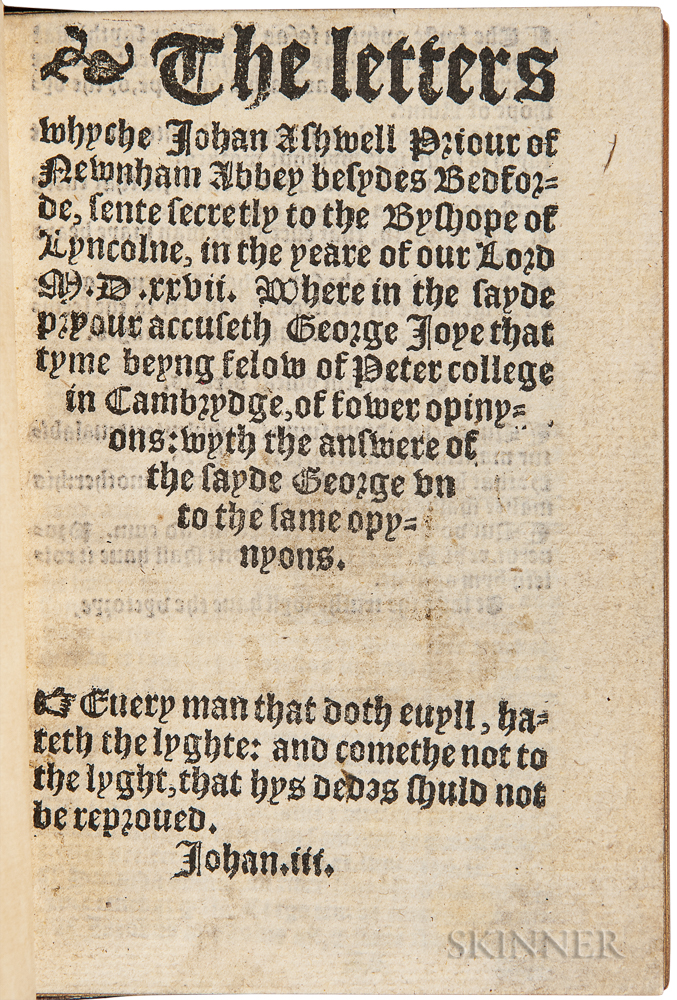 "In [1527] Ashwell addressed a secret letter, written partly in Latin and partly in English, to John Longland, the Bishop of Lincoln, bitterly complaining of the heretical opinions held by George Joye, a bold advocate of Lutheranism, with whom he had lived on terms of great intimacy. The epistle unhappily fell into Joye's hands, and the reformer withdrew to Strasburg to escape the effects of the bishop's displeasure. [...] One of the most singular passages in the book is Ashwell's earnest entreaty to the bishop 'that no creature maye know that I or any of mine do shew you of these thinges, for then I shal leusse the favor of many in my contree' — a passage clearly showing that the Reformation in England was eagerly expected by the prior's neighbours. A second edition of the pamphlet was published by Joye at Antwerp in 1531. Ashwell apparently somewhat modified his opinions with the times, and in 1534 he was among the first to take the oath of supremacy to Henry VIII as head of the church. But he appears to have resigned the post of prior of Newnham before 1539, when the monasteries were finally dissolved." (https://en.wikipedia.org/wiki/John_Ashwell)