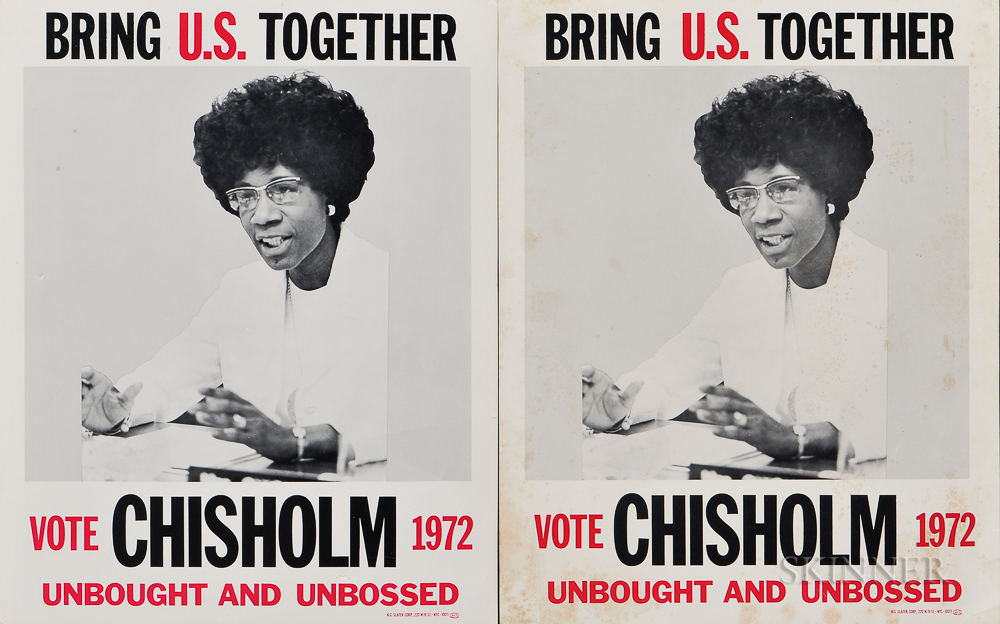 Note: Shirley Anita Chisholm (1924-2005) was an American politician and educator. In 1968, she became the first African American woman elected to the United States Congress, representing New York's Twelfth Congressional District for seven terms. In 1972, she became the first African American candidate for a major party's nomination for President of the United States and the first woman to run for the Democratic Party's presidential nomination.
Estimate $200-400