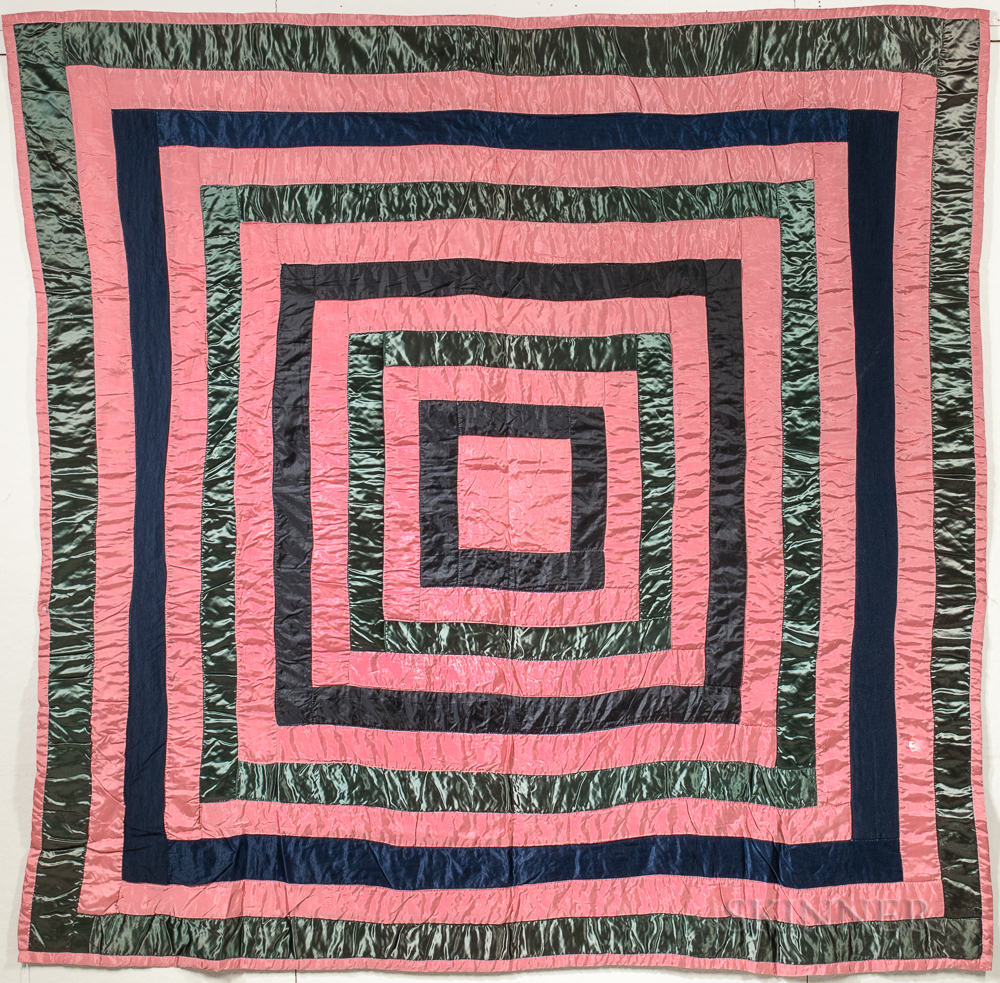 Note: Gee's Bend (Boykin, Alabama) is a small rural community along the Alabama River southwest of Selma. Almost exclusively the lands of Joseph Gee and his relative Mark Pettway, who bought the Gee estate in 1850, it was the site of antebellum cotton plantations. After the Civil War, the freed slaves took the name Pettway. They became tenant farmers for the Pettway family and founded an African American community living nearly isolated from the world. The federal government purchased land and homes from the community during the Great Depression, and much of the community left. However, many stayed, and a post office was established in 1949. The women of the area had developed a characteristic quilting style, and from the 1960s onward, Gee's Bend gained attention for the production of quilts, even though the tradition goes back to the 19th century.

Bettie Bendolph Seltzer (1939-1917) was the daughter of quiltmaker Annie Bendolph and started quilting around age ten, using old clothes as material. At one time she served as postmaster of Boykin. According to the website Souls Grown Deep, "Housetop," which reigns as the area's most favored "pattern." Its all-around simplicity hosts many experiments in formal reduction and, at the same time, offers a compositional flexibility unchallenged by other multi-piece patterns. The "Housetop," from the composite block down to its constituent pieces, echoes the right angles of the quilt's borders, initiating visual exchanges between the work's edges and what is inside. Traditional African American "call and response," a ritual technique of music and religious worship, is intrinsic to the target-like push and pull among elements. The feedback effects have mesmerized and inspired generations of Gee's Bend quiltmakers. Conceived broadly, the "Housetop" is an attitude, an approach toward form and construction. It begins with a medallion of solid cloth, or one of an endless number of pieced motifs, to anchor the quilt. After that, "Housetops" share the technique of joining rectangular strips of cloth so that the end of a strip's long side connects to one short side of a neighboring strip, eventually forming a kind of frame surrounding the central patch; increasingly larger frames or borders are added until a block is declared complete.
Estimate $5,000-7,000 My Bondage and My Freedom The History of the Rise, Progress, and Accomplishment of the Abolition of the African Slave-Trade by the British Parliament, Vol. II, b Twelve Years a Slave. Narrative of Solomon Northup, A Citizen of New-York, Kidnapped in Washington City in 1841, and Rescued in 1853, F