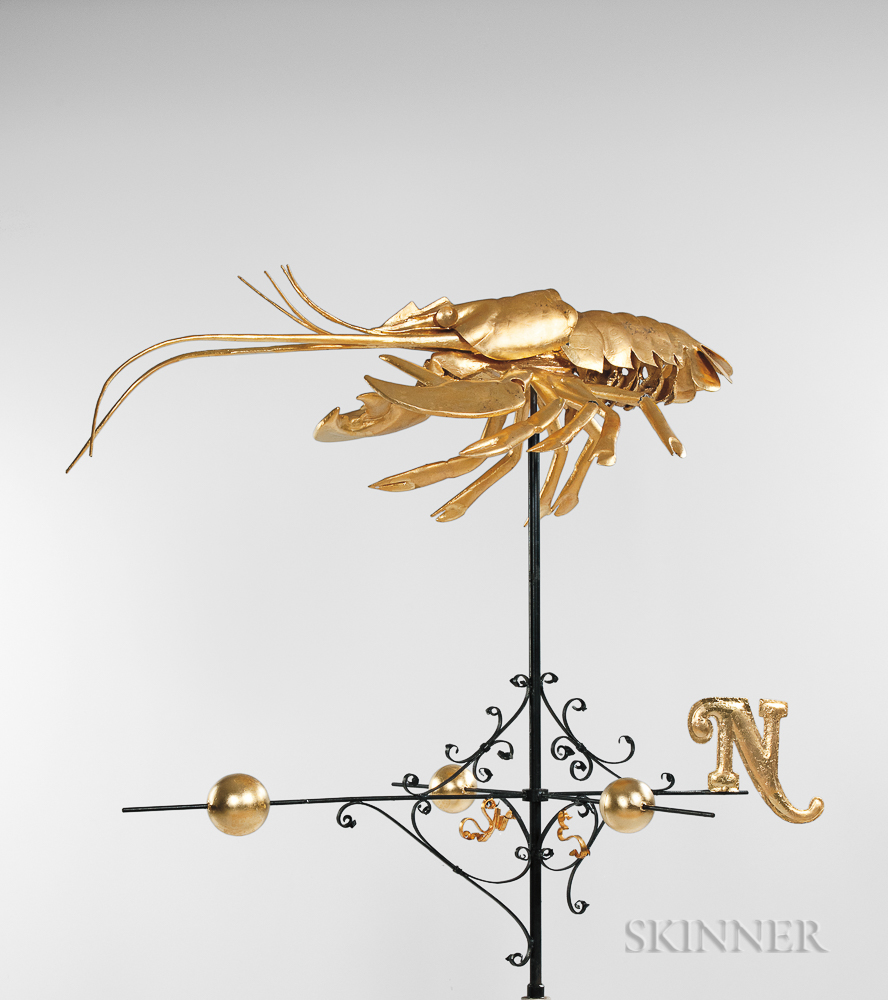 Note: Victor Christ-Janer was a Modernist architect who, along with the group known as the Harvard Five (comprised of Bauhaus disciples Philip Johnson, Marcel Breuer, Eliot Noyes, Landis Gores, and John M. Johansen), helped to make New Canaan, Connecticut, into a world-renowned 20th century architectural capital in the 1940s and 1950s. 100 homes designed by members of that group were built there, many of which still stand, and another ten or so were designed and built by Janer-Christ, including his own home, which was demolished in 2013 after an unsuccessful attempt to save it from that fate. Christ-Janer was very interested in contemporary art of the time, to the extent that he opened a small gallery in his office which offered works by Andy Warhol, Jasper Johns, Roy Lichtenstein, and Claes Oldenburg. He also taught a masters course in General Design at Columbia University. Other examples of his weathervanes are known, including one depicting a fantastical Goddess figure among stars, and another in the form of a honeybee.
Estimate $3,000-5,000