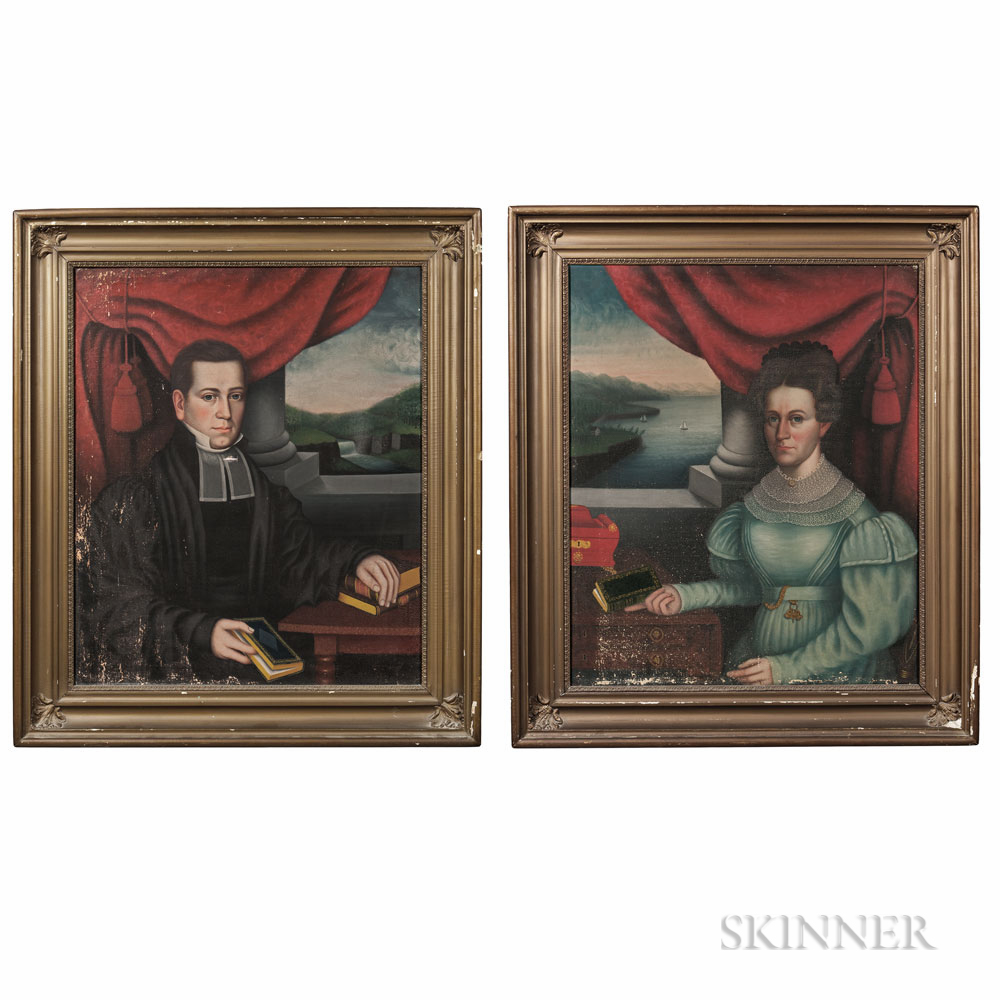 Note: George Shepard was born in 1802 in Little Compton, Rhode Island, the sixth of nine children of Deborah Haskins and The Reverend Mase Shepard. He was educated first at Brown University and then at Amherst College in Amherst, Massachusetts, where his mother moved the family after his father's death. He graduated in 1824.

Two years after graduation, George began the study of theology under Episcopal Bishop Thomas Brownell Church of Hartford, and was ordained in August of 1826. A year later, he was chosen as rector of St. Peter's Church in Hebron, Connecticut, southeast of Hartford. The same year, he married Sally Inman Kast of Boston.

From 1829 to 1839 he served as rector at Christ Church in Stratford, Connecticut, a rectorship cut short by George's compromised health. He recuperated in Europe and came back to serve at St. John's Episcopal Church in Jamaica Plain, until 1845 when again his ill health caused him to resign. He remained active in the Episcopal community, but was never a full-time rector again.

For the remainder of their lives, George and Sally continued to visit Amherst regularly, though they remained residents of Boston. But their Amherst ties were strong. They became well known for their generosity to organizations in Boston and in the Connecticut River Valley, including Amherst's Grace Church. Reverend Shepard took part in the consecration ceremony for the church in 1866, after having donated $1,000 to the church's Building Fund. The couple, of course, counted themselves among the earliest congregants.

After Sally's death in May of 1868, and before his own, George gave the entirety of his estate to help finance the building of Grace Church's clock and bell tower, as a memorial to his wife. The tower was completed in September of that same year and cost $8,000 or so. George lived to see the tower completed, but died three months later. His funeral was held at Trinity Church on Sumner Street in Boston, which burned in the Great Boston Fire of 1872.

These portraits of Sally and George were probably painted between 1835 and 1839 while the couple was living in Stratford, and were retained by the Boltwood family (the in-laws of George's younger sister and prominent citizens of Amherst) after George's death. They were passed down in the Boltwood family until 1960, when Mary Gernon (Rice) Boltwood gave them to Grace Church.