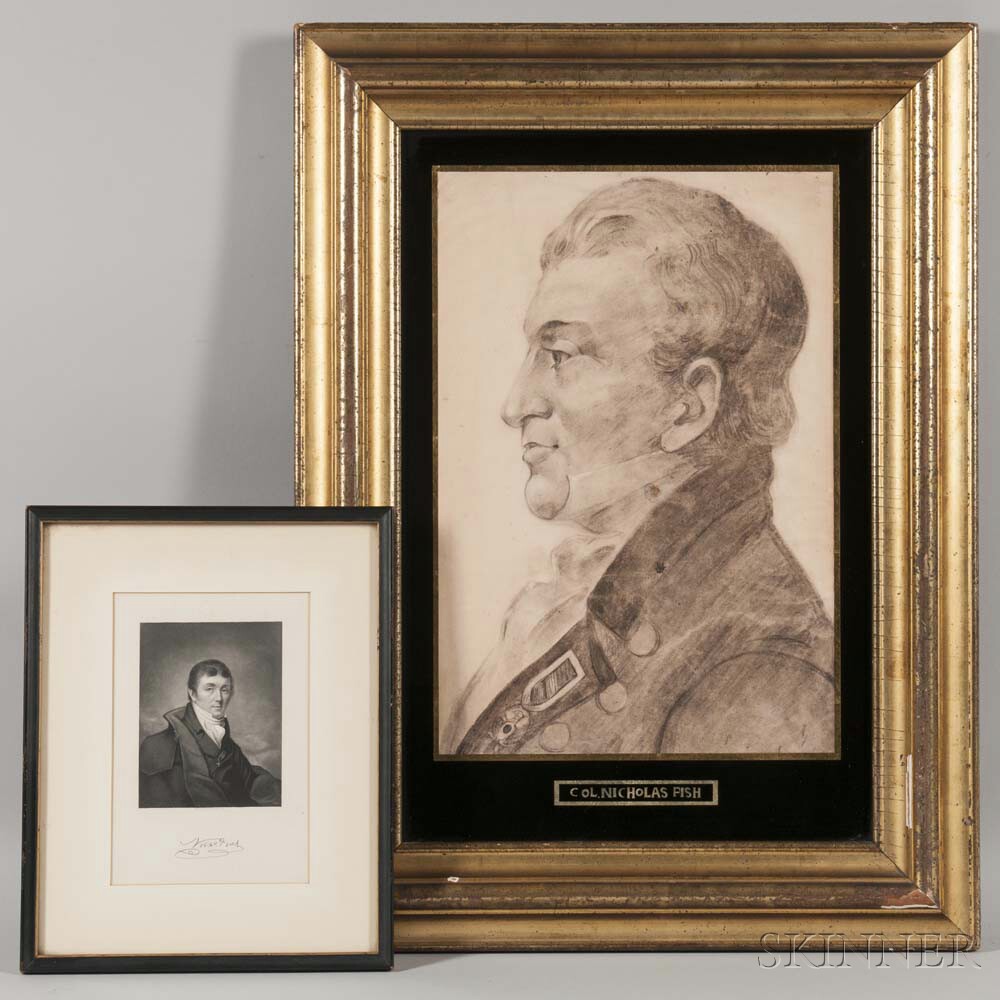 Portrait of Colonel Nicholas Fish (New York City, 1758-1833)
Unsigned.
Charcoal and pencil on paper, old handwritten and typed notes affixed to the reverse, in an eglomise mat and molded giltwood frame, together with an engraving of the subject and accompanied by Nicholas Fish's signed copy of Washington's Farewell Address to the People of the United States, New York, 1809.
Condition: Minor toning, subtle rippling, losses in neck.

Provenance: Descended, probably from the mid-1830s, in the family of Colonel Gervitsen Stryker (including late 1840s mayor of Brooklyn Francis Stryker), Fish's friend and associate during the Revolution.

Exhibitions: Barnum's Museum, 1849, in an exhibition dedicated to the New York citizens who took part in the Revolution.

Note: Colonel Nicholas Fish was a decorated Revolutionary War soldier, and after the war was President of the New York State Order of the Cincinnati from 1797 to 1804 and 1805 to 1806, and member of the Washington Benevolent Society. His son, Hamilton Fish, became a well-established statesman - the 16th governor of New York State, a Senator, and Secretary of State under President Grant.
Estimate $1,500-2,500 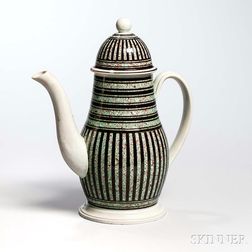 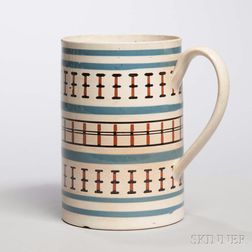 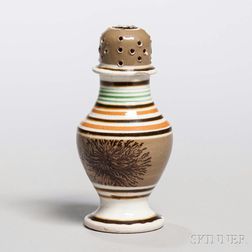 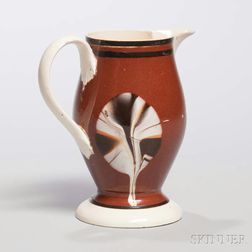 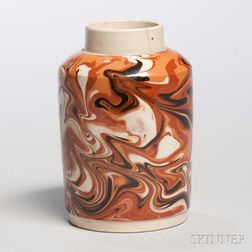 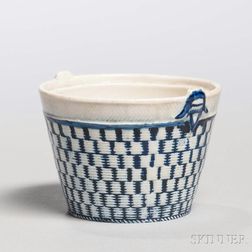 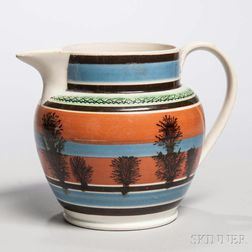 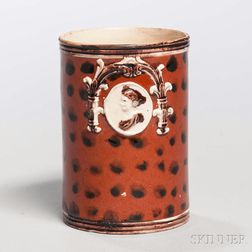