The Battle of Bunker Hill
Unsigned.
Watercolor and gouache on paper, 15 x 19 1/2 in., in a later molded wood frame.
Condition: Minor toning.

Note: This painting is a fanciful interpretation of the Battle of Bunker Hill as seen from Boston across the Charles River at Hudson Point. Charlestown's fortifications are clearly marked with red and blue banners on Bunker Hill, Breed's Hill, and Fort Castle William. The position of these hills was critical to a military occupation of Boston as they would provide the controlling army with a view of Boston and its harbor. On June 17, 1775, under heavy bombardment by the British, Charlestown caught fire and is represented here engulfed in clouds of gray smoke. The white rail fences which enclose the town, and which are so prominently depicted, were decisive in the Patriots' victory. The Colonial militia erected this series of fences to thwart the advance of the British troops. To negotiate the fences, the Redcoats were forced to break their ordered march, causing them to lose their discipline and momentum, and ultimately the battle.

The painting was probably done by an academy student in the early 19th century. The form of the flags shown is anachronistic. During this period, the Revolutionary army flew the Grand Union Flag. It was not until June 14, 1777, that the Continental Congress adopted the flag of stars and stripes which is seen flying from the ships in the harbor foreground. The arrangement of these ships was probably derived from a contemporary print, possibly the early views of Boston published by Carrington Bowles. Stylistically, the painting relates to an oil painting titled Attack on Bunker's Hill with the Burning of the Burning of Charlestown June 17, 1775, at the National Gallery of Art.
Estimate $25,000-35,000 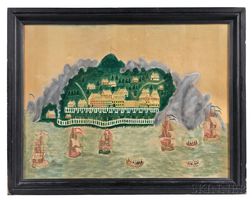 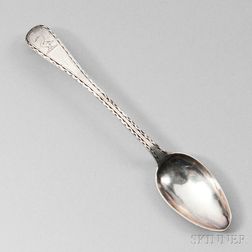 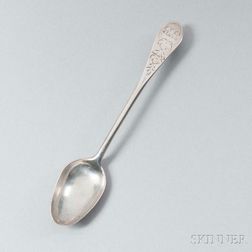 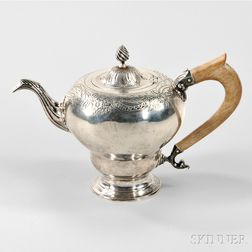 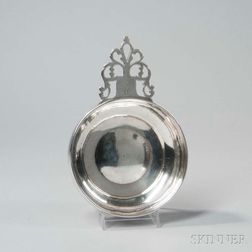 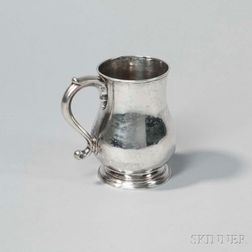 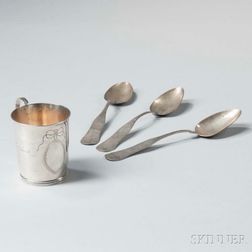