Hawkesworth, John (1715-1773) An Account of the Voyages Undertaken by the Order of His Present Majesty for Making Discoveries in the So 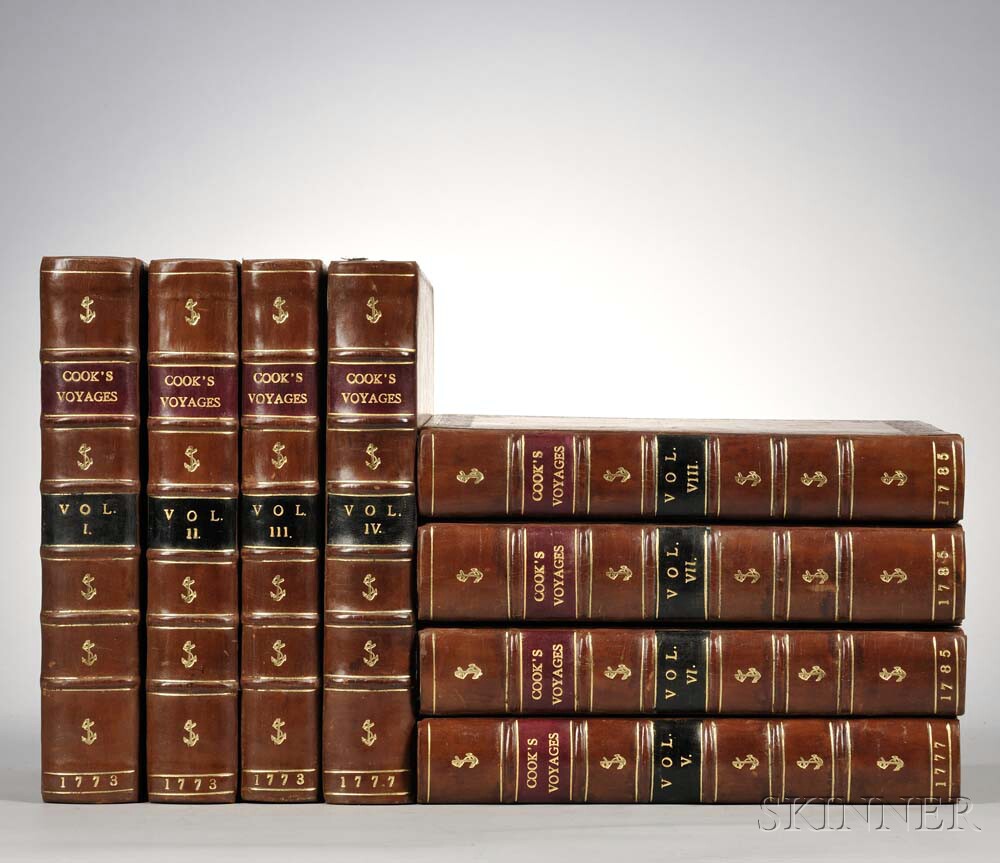 Hawkesworth, John (1715-1773) An Account of the Voyages Undertaken by the Order of His Present Majesty for Making Discoveries in the Southern Hemisphere, and Successively Performed by Commodore Byron, Captain Wallis, Captain Carteret, and Captain Cook.
London: Strahan & Cadell, 1773. Three large quarto volumes illustrated with fifty-two plates and maps, some spotting to some maps, Straits of Magellan map torn in multiple places.
[Together with] James Cook's (1728-1779) A Voyage towards the South Pole, and Round the World, London: Strahan & Cadell, 1777, two large quarto volumes illustrated with the engraved frontispiece portrait of Cook in volume one, sixty-three additional plates and one folding typographical table.
[And] James Cook's (1728-1779) A Voyage to the Pacific Ocean, London: by Hughes for Nicol and Cadell, 1785, second edition, three large quarto volumes illustrated with eighty-one plates and one folding typographical table; the set assembled, with boards that vary in style and decoration, rebacked in the last century with uniform labeling, volumes numbered I through VIII, 11 1/14 x 9 in. (9)
Estimate $4,000-6,000