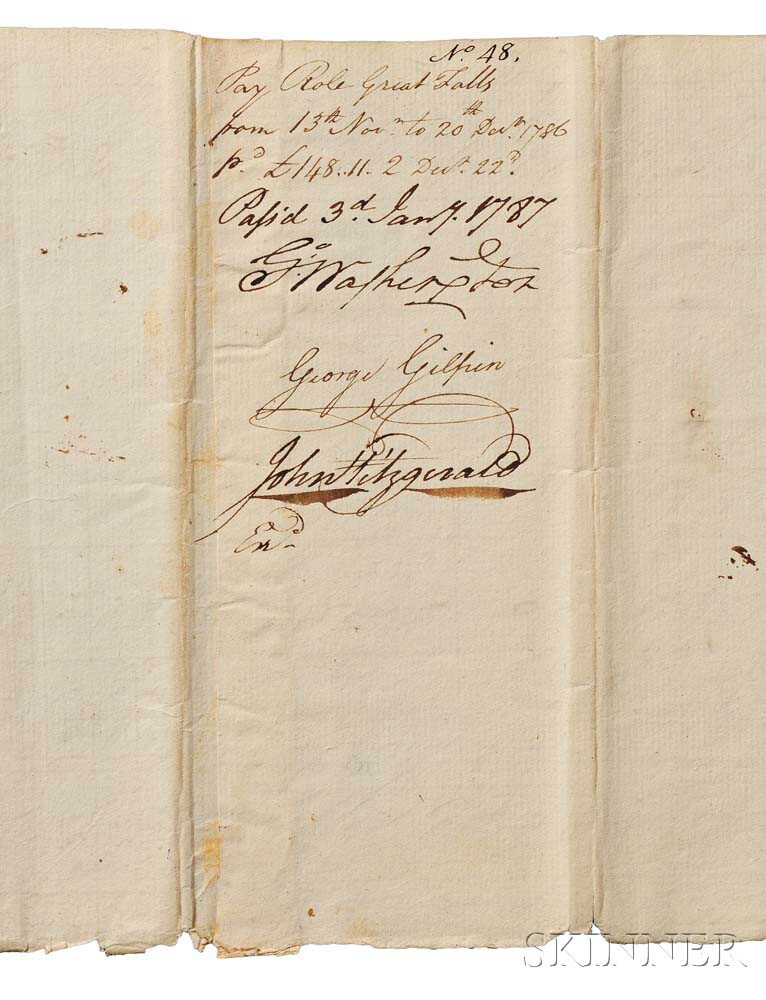 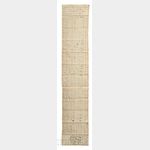 Washington, George (1732-1799) Document Signed, Virginia, 3 January 1787. Long laid paper sheet made by pasting three and a half folio sheets together top to bottom, listing the names of approximately eighty-five people employed to work at Great Falls for the Potomac Company, signed by Washington and other members of the company on the verso, old folds, a little rough around the edges, a bright signature on a clean sheet, 42 x 8 in.
This document concerns the improvements carried out to improve the navigability of the Potomac River, just above present day Washington, D.C., at Great Falls. The workers include seven overseers, two carpenters, two blacksmiths, one coaler, two borders, sixty-eight general laborers, and three women: nurse Margaret Cosgrove, cook Marey Twinch, and washer Polly Firth. The women were paid a little less than the common laborers, although both the nurse and washer were paid more than the cook. The overseers have all signed off on the document, and it is also verified by two other officials. The pay order itself is signed by Washington, George Gilpin, and John Fitzgerald. Fitzgerald served as one Washington's aides-de-camp during the war, and Gilpin was one of the General's pallbearers. Washington formed the Potomac Company to improve navigation on the river in order to extend trade further into northern Virginia; a charge he continued to pursue during his presidency.
Provenance: The Estate of David Spinney.
Estimate $8,000-10,000