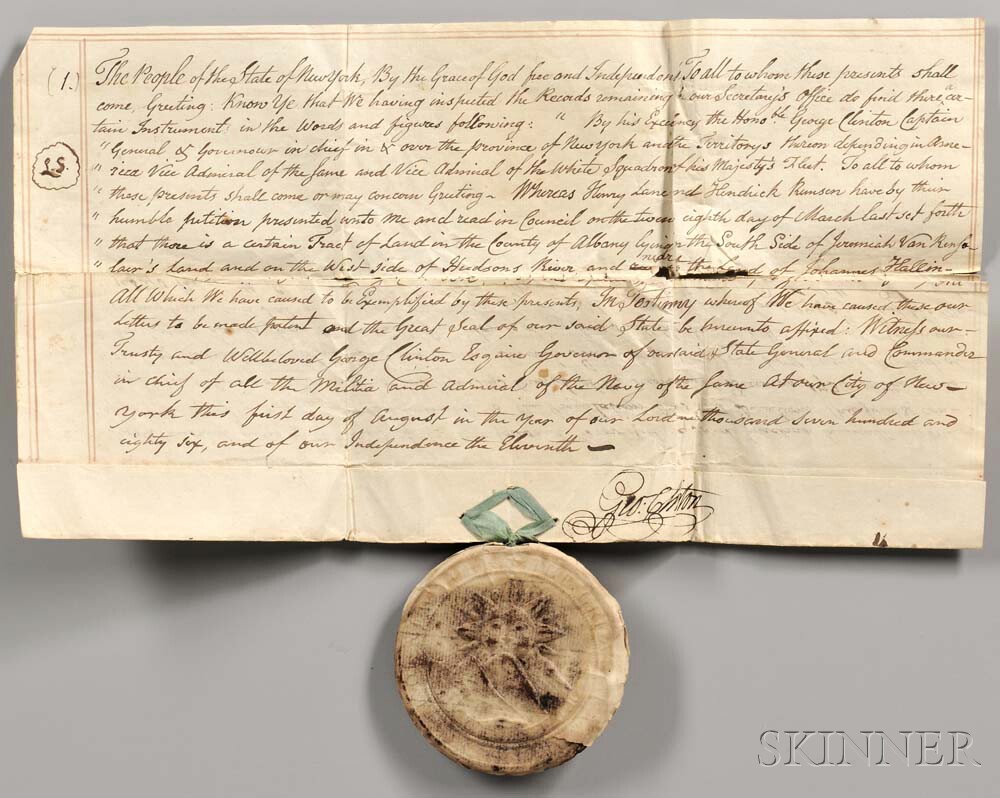 Prévost, Augustine (1723-1786) Two Parchment Documents [and] Three Others Signed by George Clinton. Two royal letters patent on parchment issued by George III of England, granting 2,000 acres of land in New York state to Prevost, 22 August 1768; the other granting 5,000 acres of land in New York state to Prevost on 10 March 1768, both signed by New York Governor Sir Henry Moore (1713-1769), pre-printed and fulfilled by hand with large wax seals attached; bio-predation to the March document with loss; [together with] four manuscript documents or land grants from the state of New York on laid paper, all circa 1786, three signed by Governor George Clinton (1739-1812), three with the New York state wax seal, some concerning purchases of land of Indians; and two other documents from the 19th century.
Augustine Prévost was born in Switzerland but educated at an English military academy. He and his brother Jacques-Marc Prévost came to this country and fought in the French and Indian War. (Jacques-Marc was married to Theodosia Stillwell Bartow who later married Aaron Burr). Augustine was granted 7,000 acres in the Albany, New York region and purchased at least another 250,000 from Native American Indians. The New York state documents likely descended through his line.
Estimate $300-500