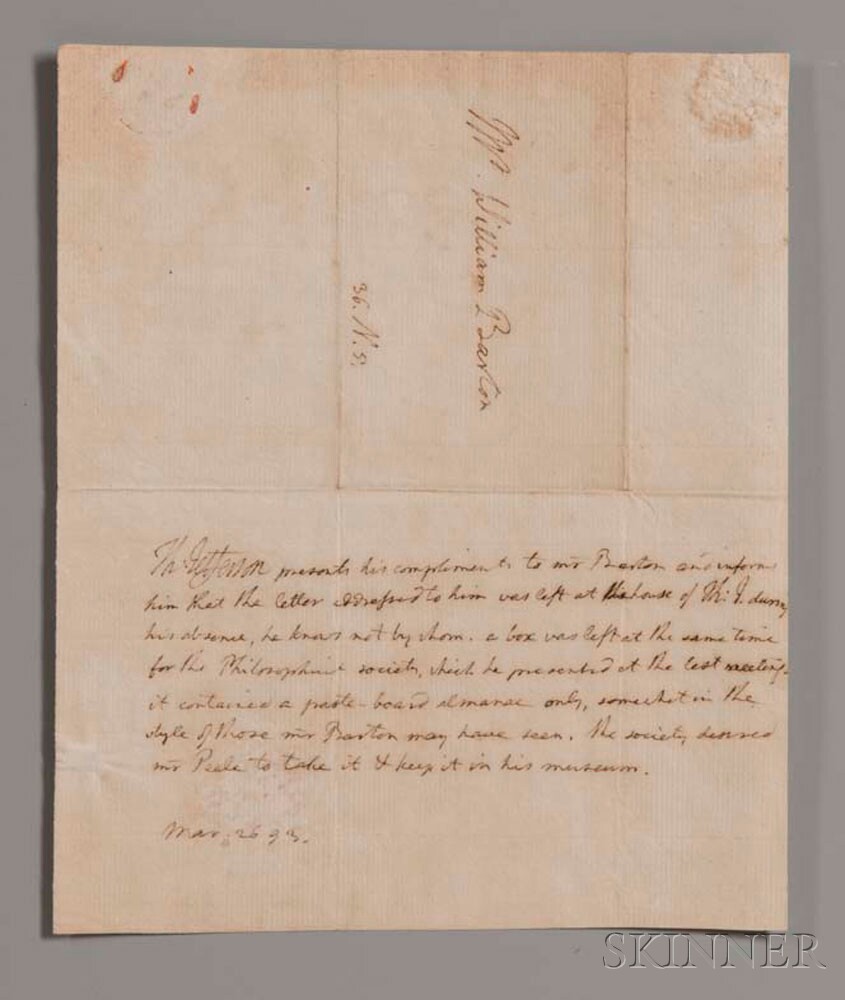 Jefferson, Thomas (1743-1826) Autograph Letter Signed, Philadelphia, 26 March 1793. Single laid leaf with self-envelope inscribed on one page. To William Barton, regarding a letter meant for Barton and an almanac sent to the American Philosophical Society. Old folds, remnants of sealing wax, 9 1/4 x 7 1/2 in.
"Th: Jefferson presents his compliments to Mr. Barton and informs him that the letter addressed to him was left at the house of Th: J during his absence, he knows not by whom. A box was left at the same time for the Philosophical Society, which he presented at the last meeting, it contained a paste-board almanac only, somewhat in the style of those Mr. Barton may have seen. The society desired Mr. Peele to take it & keep it in his museum."
Johann Rodolph von Valltravers, Swiss philologist and recent inductee of the American Philosophical Society chose to show his thanks by sending a copy of Le Vrai Calendrier Perpetual, as a gift to the Society, along to William Barton, co-designer of the Great Seal of the United States, and also a member. Somehow it ended it up with Jefferson, who wrote the present letter to update Barton.
Provenance: The Estate of David Spinney.
Estimate $2,000-3,000