Provenance: According to the consignor, Jennet Pond (1802-1892) married my great, great, great grandfather, Jonathan Newton Hine (1803-1881). The Hine family was a founding family in Milford, Connecticut, in the 1600s and a founding family in Washington, Connecticut, in the 1700s. Jennet Pond had, at least, two brothers, Gideon H. and Samuel W. Pond, who became missionaries to the Dakota Sioux in the 1830s in the area of Lake Calhoun and Fort Snelling, now known as Minneapolis, Minnesota. The brothers traveled back and forth between their Shakopee mission and Washington and it is believed that on those trips they brought the peace pipe and lance to their sister and her family. The brothers created the first written Dakota language and published a newspaper in the Dakota language. It is assumed they brought or sent this volume 1 number 1 of the newspaper to their sister and her family as well.
Estimate $4,000-6,000 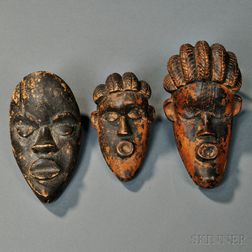 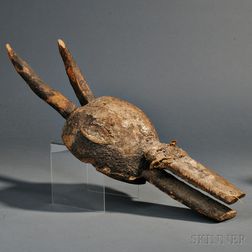 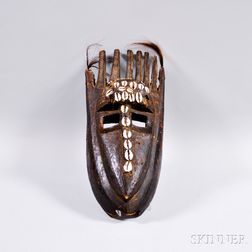 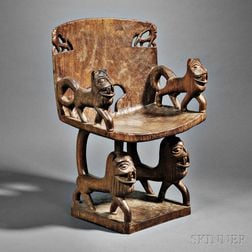 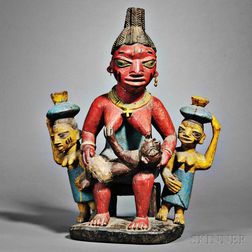 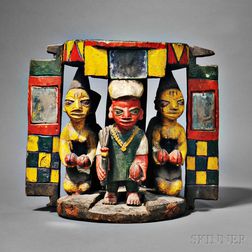 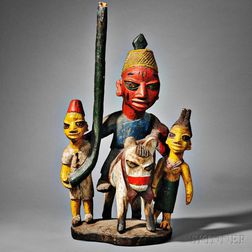 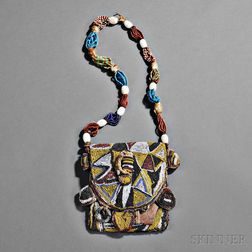