N.B. Plein air painter Louis Aston Knight was the son of renowned American genre painter and expatriate Daniel Ridgway Knight. He was born in Paris, where he spent most of his life and career, although he attended boarding school in England. His artistic training began with his father. Louis also studied at the Académie Julian in Paris with Jules Lefebvre and Robert-Fleury from 1891 through 1895. In 1894, at age twenty-one, Louis debuted at the Paris Salon. Louis' work departed from his father's realistic depictions of peasants in the out of doors by focusing more on the landscape and the effects of light on water. Greatly influenced by the works of Claude Monet, Louis Knight incorporated elements of Impressionism in his paintings. Frequent visits to and admiration for Monet's gardens at Giverny inspired him to plant his own garden at Beaumont-le-Roger, the Normandy home he acquired in 1919. Purportedly, Knight offered prizes to his neighbors with the best gardens, ensuring he would have beautiful floral surroundings to paint. During World War I, Louis Knight and his family resided in New York, where he maintained an apartment. He had several successful exhibitions in New York and traveled extensively through California painting views of San Francisco, Santa Monica, and the Monterey Peninsula. In 1940, during World War II, Louis and his wife moved back permanently to the United States. Sadly, in 1944, his beloved Beaumont-le-Roger home was destroyed by Allied Forces' bombing raids ordered to cut off the German retreat.

Fine, stable craquelure visible in the darkest pigment under the archways of the bridge. Minor frame abrasion at u.l. edge. Minor surface grime. 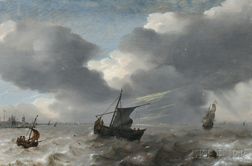 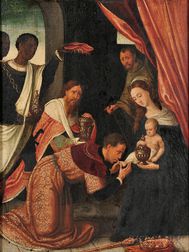 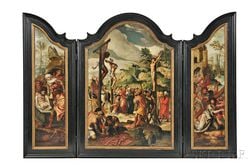 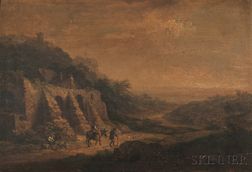 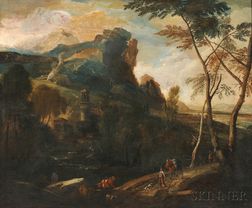 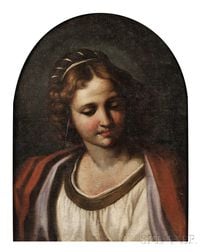 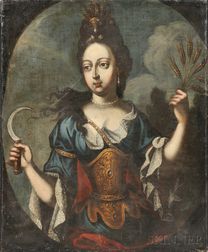