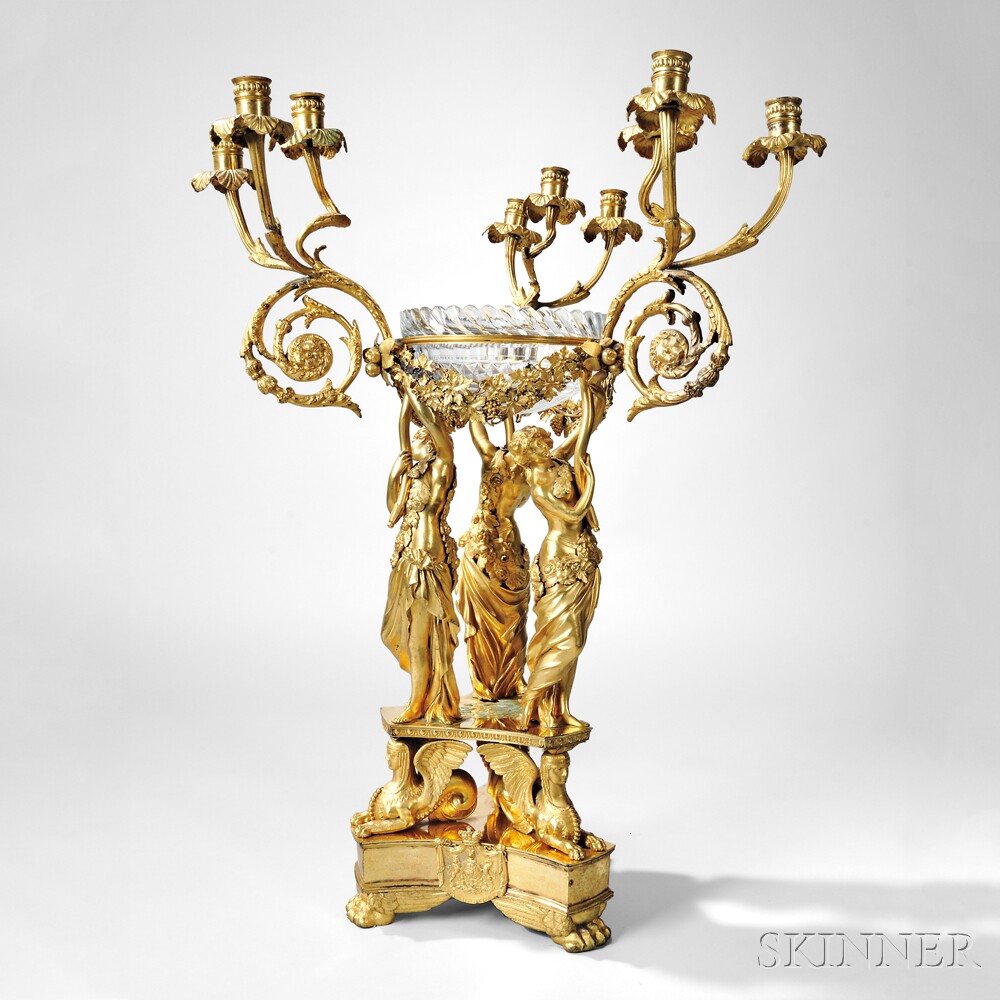 Regency Ormolu Nine-light Figural Centerpiece, London, early 19th century, Rundell, Bridge & Rundell, maker, with a central glass dish encircled by three pendant grapevine swags and supported by three Maenads each holding aloft a three-arm candelabra, the female figures each with a grapevine wreath and garland, and a cloth draped along their waist, raised on a tripartite plinth engraved to the center with a coat of arms, further supported by three sphinxes on a platform mounted with the Royal coat of arms on three winged paw feet, inscribed to base "RUNDELL BRIDGE & RUNDELL AURIFICES REGIS ET PRINCIPI WALLIAE LONDINI FECERUNT," ht. 32 1/2 in.

Provenance: A copy of a 1975 receipt of purchase and Certificate of Origin from Harrod's accompanies the lot. Provenance as stated in receipt: "formerly the property of a Nobleman; given by George IV to Mrs. Fitzherbert; thence by descent, Pierre-Phillippe Thomire 1751-1843."

N.B. The coat of arms engraved are purportedly that of Canning with Scott in pretense for the 1800 marriage of George Canning (Prime Minister April-August 1827) to the third daughter of Major General John Scott.

This lot is closely related to an adapted guéridon offered at Christie's New York, October 20, 2004, Lot 554.

Center-bowl a later addition with scattered chips, hole drilled to center. Armorial engraved to base with extensive verdigris, some spots to hem and feet of women. Break to center of one pendant grape swag, three joints to candelabra also broken (held in place with wire). Floral elements where candle arms (removable) fit in to base each with losses to at least one petal, others bent (some with related metal fatigue). Candle arms bent slightly (some sconces also do not sit straight when fully screwed on), some petals to drip cup bent, scattered restorations to candle-arms with related discoloration of gilding and pitting. Maidens with inconsistencies of finish along joints (particularly necks and raised arms), one with joint separation/fatigue to raised arm. Scattered nicks (one deep to one maiden's arm, another deep to center of base) and abrasions (particularly along base and feet. Wax remnants to sconces and base. (See additional images for clarity.) 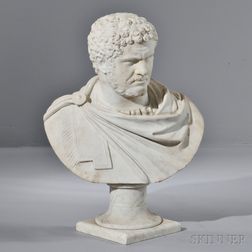 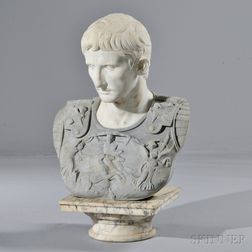 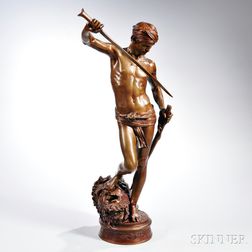 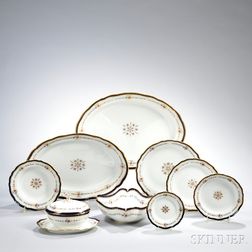 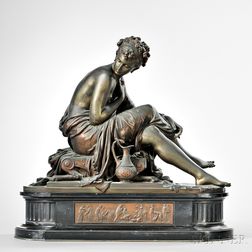 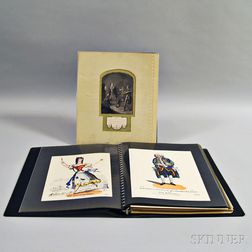 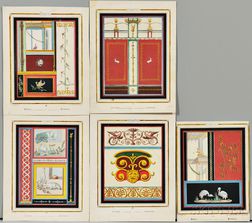