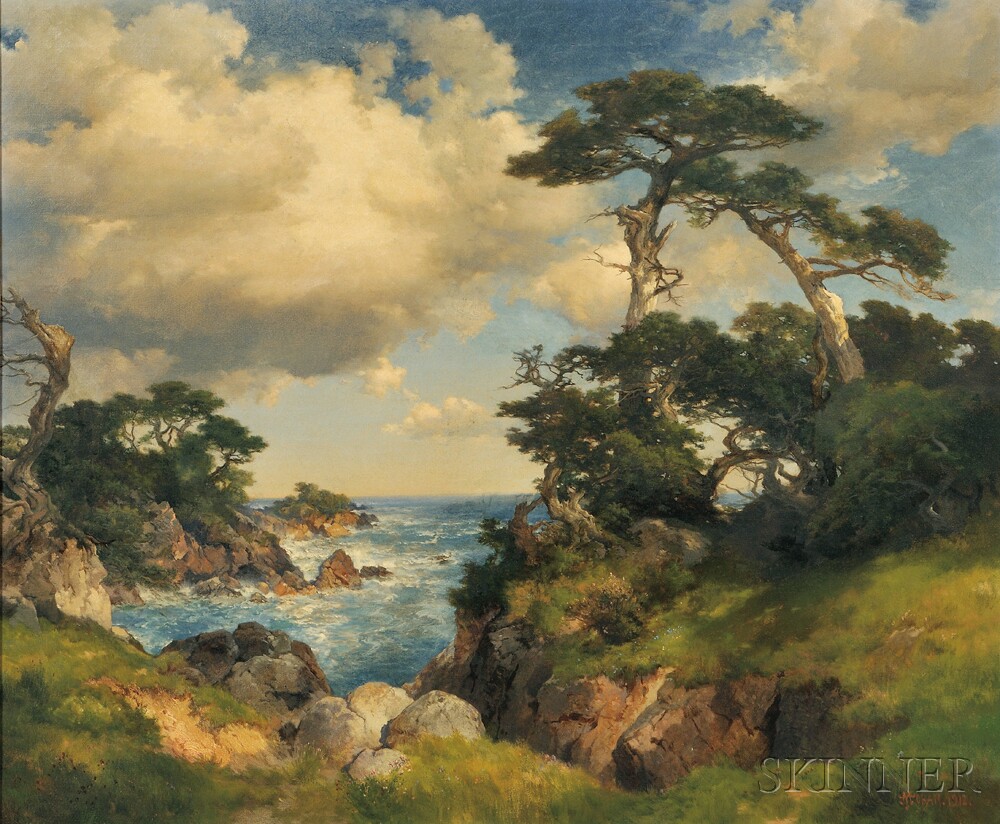 N.B. This painting will be included in Stephen L. Good and Phyllis Braff's forthcoming catalogue raisonné of works by Thomas Moran.

Thomas Moran is considered to be one of the most important late 19th century American landscape painters. Born in England, Moran's family settled in Philadelphia in 1844. The young man grew up without formal art training, although he was apprenticed to a wood engraver as a teenager, and this experience informed his understanding of light and dark contrasts, used with such stunning effect in his mature oils. Philadelphia offered a rich artistic milieu, and the Moran family actually produced three artists, including Thomas, his older brother Edward who was noted marine painter, and younger brother Peter.
As a young artist, Thomas Moran was greatly influenced by the atmospheric landscapes and seascapes of Joseph Mallord William Turner. He was first introduced to these works by Philadelphia artist and mentor James Hamilton. Later Moran studied Turner first hand on several trips to Europe.
A significant chapter for Moran began with his travels to the American west, the area for which he is best known today. In the early 1870s, he was named the official artist of the expedition of Dr. Ferdinand Hayden to the Yellowstone region. There Moran made sketches and watercolors of the topography to accompany the expedition's report and which served as inspiration for his dramatic oil landscapes of the region that followed. One such oil painting, The Grand Canyon of the Yellowstone, was purchased by Congress in 1872, and it is widely acknowledged that Moran's works were critical to the decision of Congress to create Yellowstone National Park. Magnificent paintings of the American west would become Moran's hallmark, conveying the grandeur, mystique, and power of the mountains with luminous color effects and strong contrasts of light and shadow.
Moran lived on the east coast for much of his career, including time in New York City and also in East Hampton, Long Island. However, he was an avid traveler, making four trips to Europe, including time in Venice, between 1880 and 1910, as well as frequent painting trips to the west and California. Moran painted in the Yosemite Valley, in the Sierra Nevada and Lake Tahoe areas, and in the Teton Mountains of Wyoming, where Mount Moran was named in his honor. The draw to California was strong, and Moran began spending summers there by 1916, moving permanently to Santa Barbara in 1922.
Estimate $250,000-350,000

Partial red and white identifying label listing "No./.../Height/Width/Artist" affixed to the stretcher. Label has a printed red "M" at each of the two remaining corners and has the number "962" inscribed in ink on the top line. 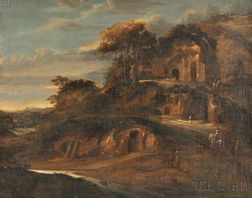 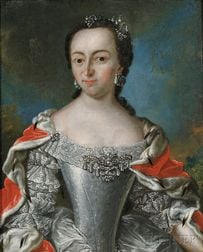 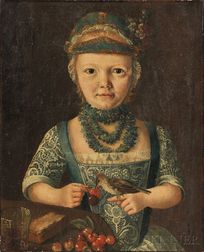 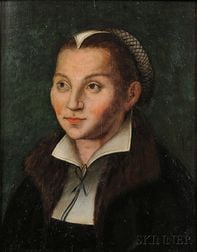 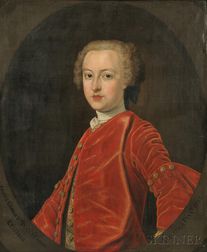 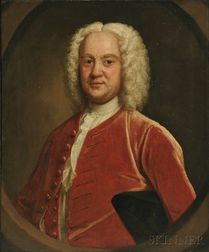 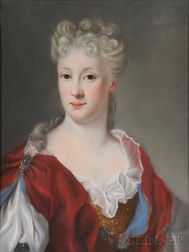 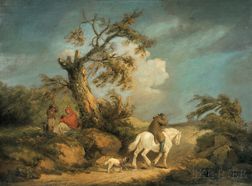