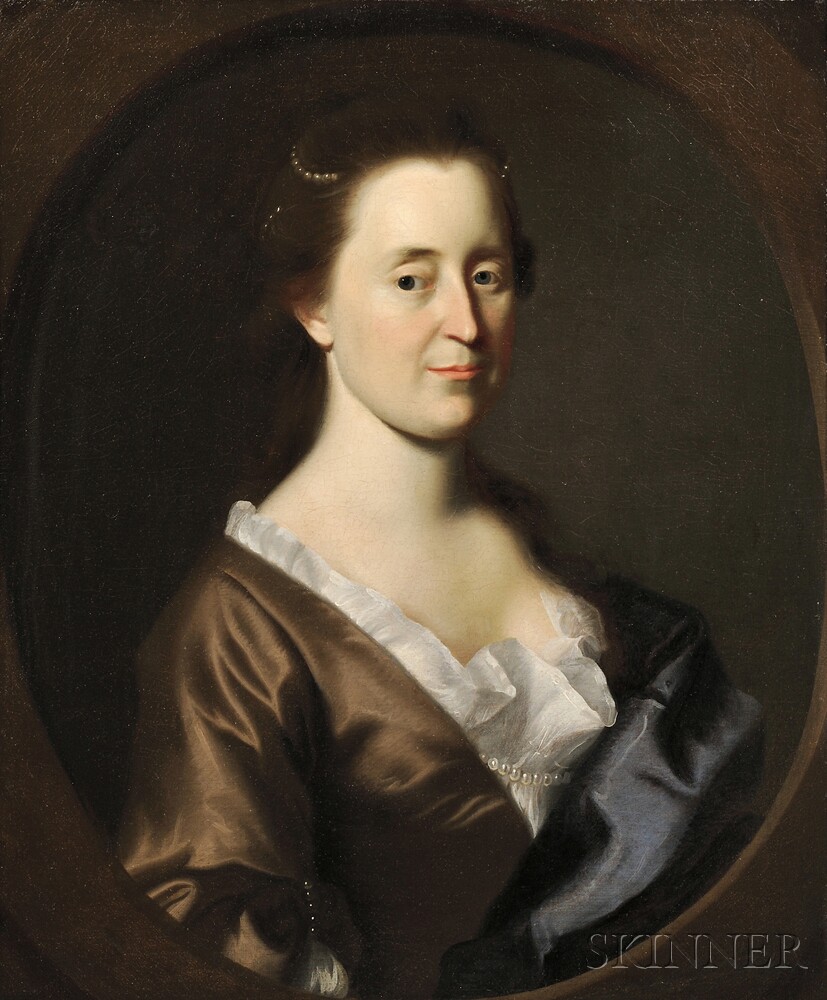 Provenance: Direct descent from the sitter to her great-niece, Mrs. Henry Bradlee (Hephsibah Hall, b. 1821), by 1893; to her son-in-law Edward N. Fenno; to his daughter Mrs. Arthrur W. Bell by 1950; to her cousin John Brooks Fenno; through to the current owner by family descent.

N.B. The portrait is accompanied by an expert opinion written by Theodore E. Stebbins, Jr., dated July 24, 2013, confirming the attribution to John Singleton Copley and suggesting the date of the mid-1760s, when, through various commissions, Copley painted a small group of portraits of mature, handsome women in Boston. Dr. Stebbins writes that the Gerrishes were well-known patrons of Copley. The portrait of Rebecca Dudley Gerrish is clearly a pendant to one of her husband, Benjamin Gerrish, painted probably five years after hers. The Benjamin Gerrish portrait descended in the Gerrish family and was listed and reproduced in the work of several Copley scholars, including the catalogue raisonné of the artist (Jules Prown, 1966, no 313). Mrs. Gerrish's portrait, which descended in the Dudley line, had not been seen by mid-20th century scholars, but was listed in Prown's catalogue raisonné among the attributed pictures, based on its mention in a 1913 history of the family of Captain John Gerrish by Arthur Eaton.

John Singleton Copley is one of the most beloved American artists. Largely self taught, Copley was a sought-after portrait painter among the elite in colonial Boston. He painted likenesses with objective accuracy and powerful insight. He could masterfully convey every detail of his sitter's costume, making palpable the sheen of satin, the delicacy of lace, the richness of damask and pearls, and capturing subtle reflections in highly polished wood. More importantly Copley used these elements to reinforce the sense of the sitter's character. The combined effect was such that John Adams wrote of Copley's portraits "...you can scarcely help discoursing with them, asking questions and receiving answers." (1)

However, a man of ambition and intellect, Copley was not content to remain a provincial portrait painter. Portraiture, while lucrative, in his view lay closer to craft than high art. Nor did he feel that colonial Americans had great appreciation for the fine arts. Copley aspired to the eleveated role of History Painter, and in Europe he saw the opportunity to learn from the Old Masters and to broaden his subject matter for more sophisticated audiences. Copley left Boston for England in 1774 to pursue his career (and, some say, to avoid the instability of the political situation). He found continued success abroad, and he never returned to America.

Wax lined. Retouch to fill craquelure in the face and neck, with one larger spot on the sitter's chest measuring 1 inch diameter and located just above the ruffle of her garment. Retouch more concentrated in the lower spandrels, with a horizontal line measuring about 10 inches overall, located l.c. and l.r. General area of retouch to l.l. spandrel. An area of retouch to u.l. quadrant measuring about 4 x 1 inches and located 6 1/2 inches down and 4 1/2 inches in from the upper left corner.

Labels on the frame backing indicate that the work was on loan to the Museum of Fine Arts, Boston, from 1980 to 1991. 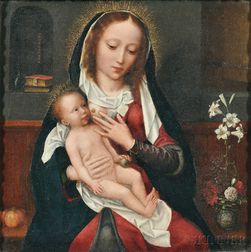 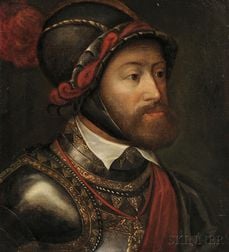 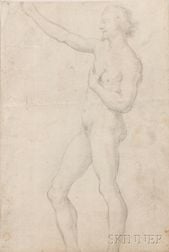 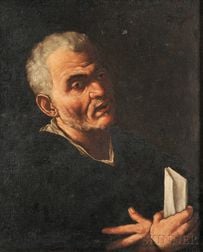 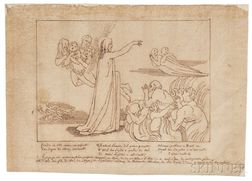 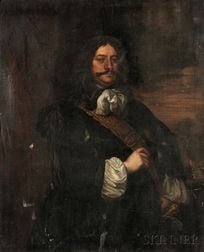 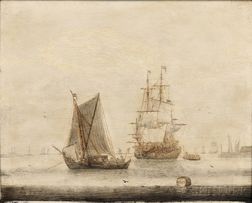 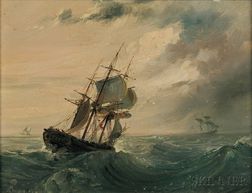