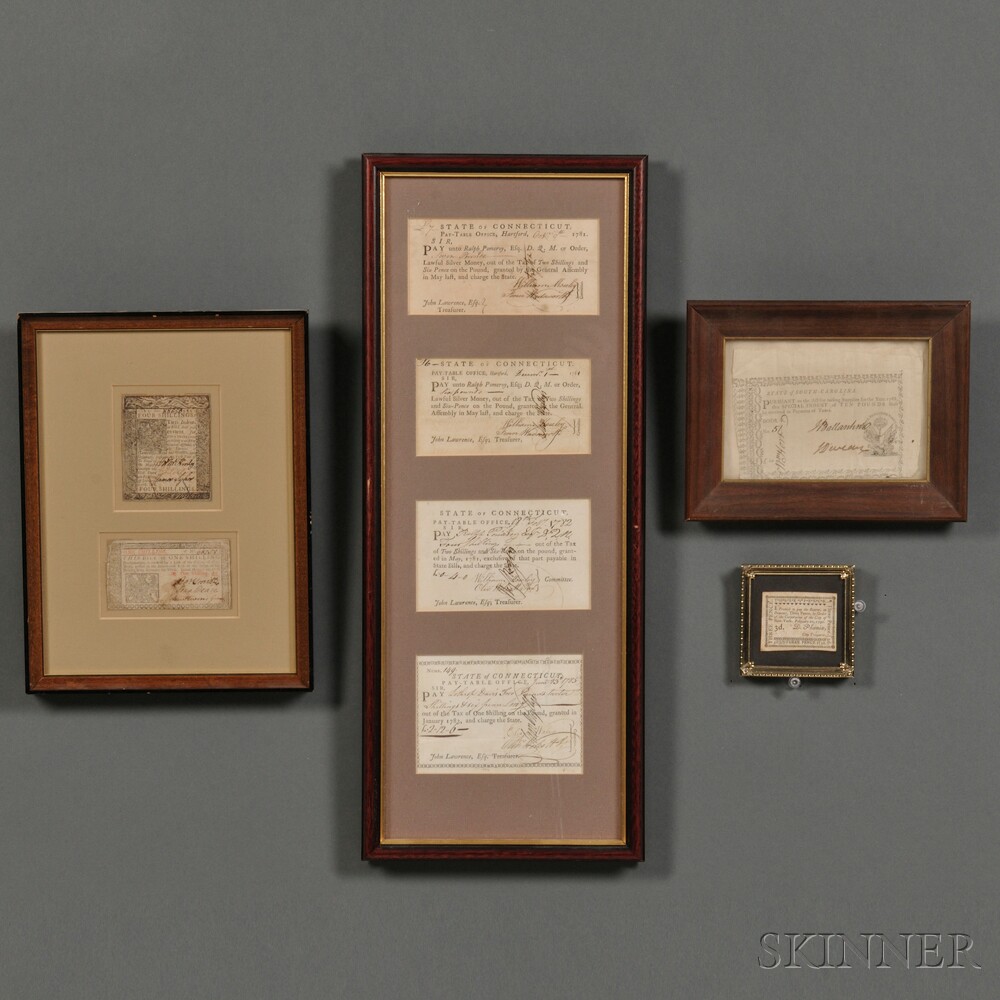 Eight Pieces of Early Paper Currency and Revolutionary War Pay Orders, Colonial currency with various printers and denominations mounted in four frames, one frame with two pieces of currency: Delaware, 1776, Four Shillings, and New Jersey, 1776, one shilling; one frame containing four State of Connecticut Revolutionary Pay Table Office Orders: one dated October 9, 1781 signed by William Moseley and Finn Wadsworth, one dated December 1, 1781, signed by William Moseley and Finn Wadsworth, one dated February 18, 1782, signed by William Moseley and Oliver Wolcott, Jr., and one dated June 23, 1785, signed by Eliazer Wales and Oliver Wolcott, Jr.; one frame with a State of South Carolina Ten Pounds, 1788; and one small frame with a three pence note, City of New York, dated 1790, (some edge chipping, creases, and fading, not examined out of frames).
Estimate $300-500 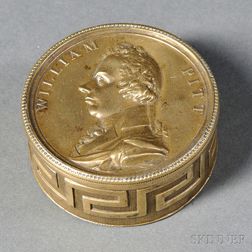 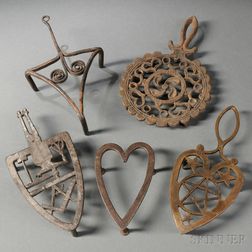 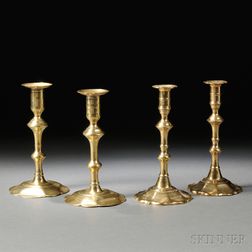 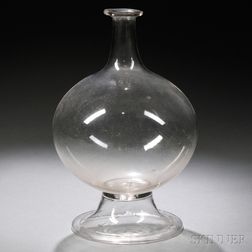 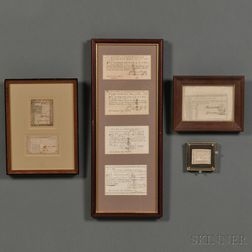 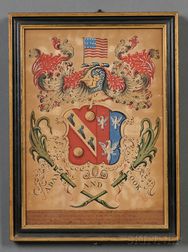 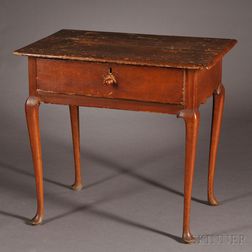 Queen Anne Maple and Pine Side Table with Drawer 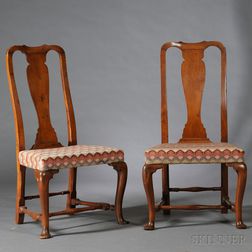