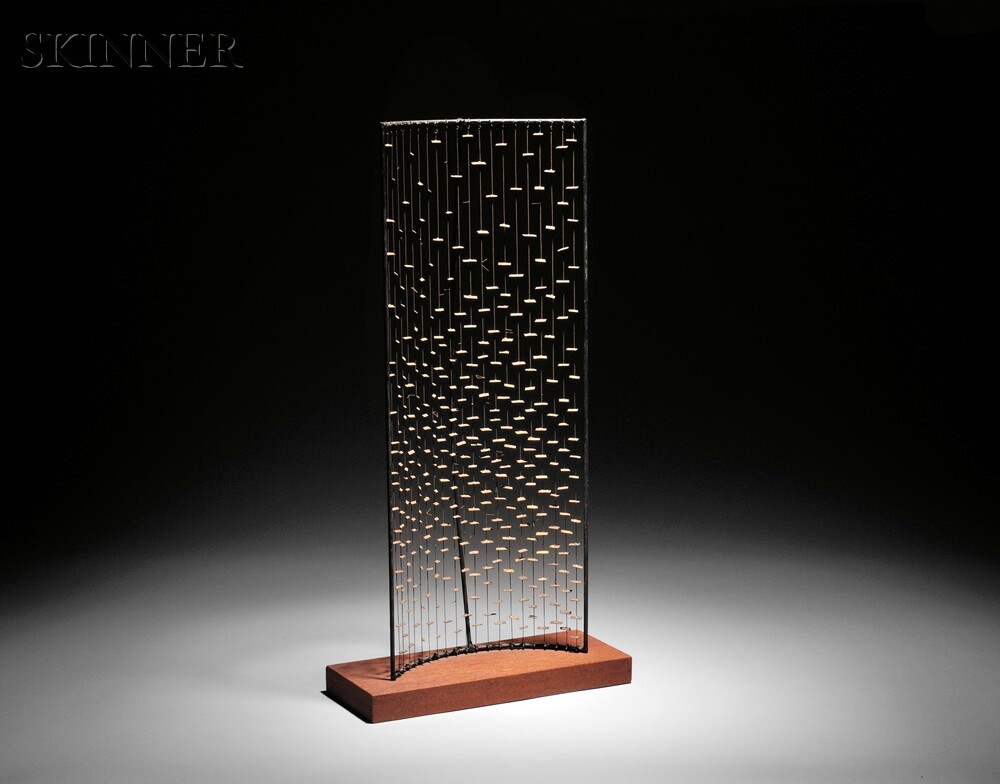 Provenance: Collection of Robert Bradford Newman (1917-1983), professor of architectural acoustics at Massachusetts Institute of Technology School of Architecture and the Harvard Graduate School of Design, and principal of Bolt, Beranek and Newman Inc., Cambridge, Massachusetts.

The present work is a maquette for one of the earliest commissioned site-specific architectural sculptures created by Bertoia for his friend and Cranbrook colleague, Eero Saarinen.

The Kresge Chapel at MIT was completed by Eero Saarinen and Associates in 1955, and a key feature of the Chapel's design is an oculus window which illuminates an otherwise windowless and cylindrical building. Saarinen commissioned Bertoia to create a monumental work to complement this direct and elevating light source, befitting a sacred space. Bertoia created a floor-to-ceiling altar screen of vertical rods and gilt metal plates, which gleam and dematerialize in natural and electric light.

The Kresge Auditorium and Chapel would not have their unconventional forms without the collaboration of the acoustical engineering firm of Bolt, Beranek and Newman. The firm comprised a physicist, electrical engineer, and architect, respectively. Newman was the firm's youngest principal, having served as a teaching assistant to Dr. Richard Bolt and obtained his MArch from MIT in 1949. (1).

Saarinen felt that the Auditorium's form should not simply serve its function, but have a "meaningful relation to its site and neighbors." (2) Saarinen defended his Auditorium's spherical form against the more conventional shoebox form by arguing that its shape created a feeling of shelter and inclusivity, and that a building of progressive design, acoustic technology and materials befit a progressive university. To break up the "unusual resonances" of a domed ceiling, Bolt, Beranek, and Newman innovated an acoustical 'cloud' system of sound-reflective ceiling panels.

The Chapel was designed, in Saarinen's words, "in both opposition and harmony" to the Auditorium, and intended to complete a hub of civic and cultural life on campus. Saarinen defended its windowless cylinder form against critics by stating that it "implied the self-contained, inward-feeling which was desirable" for a non-denominational place of worship, and that its undulating interior walls were acoustically necessary and emphasized "an enclosed feeling." (3) Bolt, Beranek and Newman acoustically designed the Chapel for both small instrumental groups, as well as the pipe organ installed above the entrance to the chapel. (4)

Each vertical wire appears to be gilt/gold painted to match each leaf. Each leaf appears to be soldered to the wire on the reverse, and the entire leaf gilt/gold painted so that the solder is not obvious. Oxidation visible to each wire and leaf. Surface dust which would benefit from a cleaning. No additional condition issues to report. 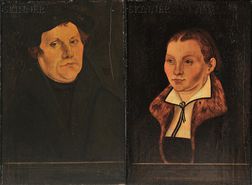 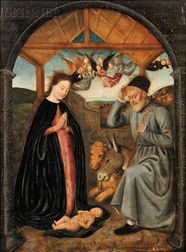 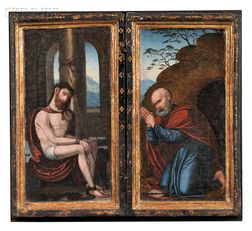 Flemish School, 16th Century Devotional Diptych: Christ with the Symbols of the Passion 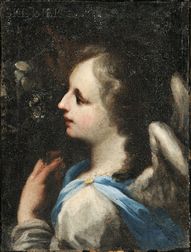 School of Federico Barocci (Italian, 1528-1612) Angel of the Annunciation 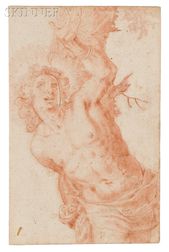 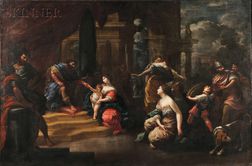 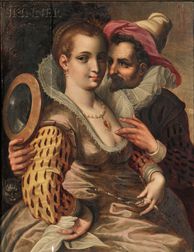