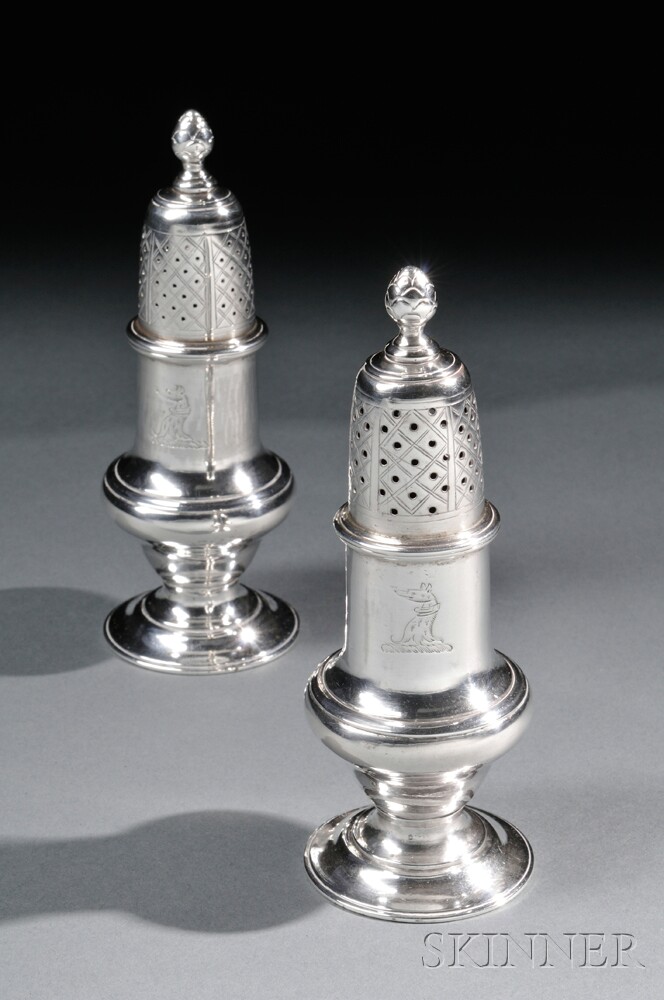 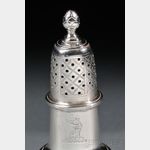 Note: The casters correspond to an entry in Paul Revere's waste book dated January 9, 1772, which records the making and sale of a pair of casters to Robert Treat Paine. Fisher traced the ownership of the casters from the original entry in Revere's book to Robert Treat Paine's probate inventory and through his family line. Unmarked, the casters passed through the family for some years separated from the Revere association until Fisher re-discovered the pair in his mother's pantry. Through comparison of type, style, and weight and investigation of documentary evidence along with comparison to other marked, engraved Revere silver in the family's collection, he was able to confirm that this pair of casters were, in fact, the Revere casters made for R.T. Paine in 1772. Further authentication was provided in 1990 by Janine E. Skerry, Revere authority and then assistant curator at Historic Deerfield, who examined the pieces and confirmed their authenticity, noting that, "there are indeed many pieces of silver made in the shop of Paul Revere which do not bear his mark." The current weight of the casters corresponds to the weight described by Revere in his entry (varying by 3%, a variance that correctly accounts for wear and polishing over the course of 240 years). 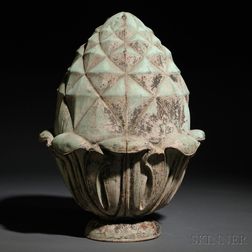 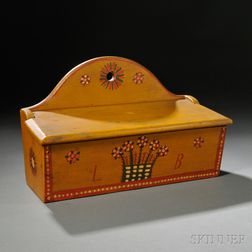 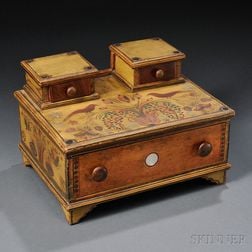 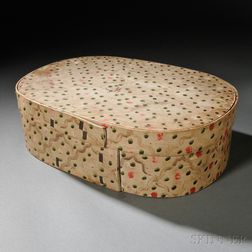 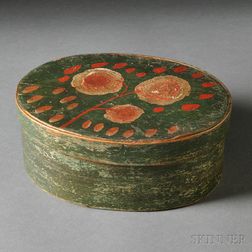 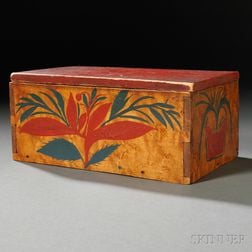 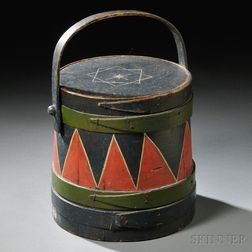 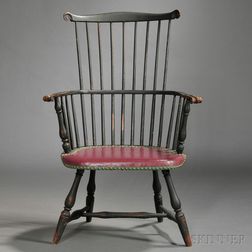