Seder Haggadah shel Pesach Pressburg (now Bratislava, Slovakia),copied and illustrated by Aaron Wolf Herlingen, 1735 Provenance: In the top escutcheon that was left empty originally, a later owner added: "This Haggadah belongs to the learned Itsik, son of Abraham Rofe of Lisa (Littau, Czech Litovel),who lives in the town of Hultschin." A chronogram in the same hand in the lower escutcheon is unclear; a front paper pastedown and the recto and verso of the first flyleaf contain a detailed family register of the Mandowsky family, who owned the manuscript for a number of generations, the dates mentioned ranging from 1835 until 1935; the estate of Dr. Nahum Goldmann.

We wish to thank Dr. Emile Schrijver for his kind assistance with cataloging the lot.
$

Illustrations and Decorative Elements:
The illustrations are all pen-and-ink drawing executed in Aaron Wolf Herlingen's characteristic graphic style. They are executed with great care and craftsmanship and generally follow the iconography of the famous printed Amsterdam Haggadot of 1695 and 1712, which served as a model for most of the 18th century manuscripts, albeit with a number of significant changes
Fol. 1r: architectural title page with Moses and Aaron flanking the title field
The baroque escutcheons at the top and bottom were originally left empty by the scribe, but were filled in by what is most likely a later owner. His neat Ashkenazic hand differs decisively from the scribe's elegant hand. Many of Aaron Wolf Herlingen's manuscripts contain these empty escutcheon, which has led scholars to believe that he prepared his title pages, or even his manuscripts, in advance, that is before he had sold it.
Fol. 1v: six miniature images of the symbols of the Seder meal
Fol. 2r: six further miniature images of the symbols of the Seder meal
Fol. 3r: rectangular opening word panel "Keha" ("THIS" bread of affliction),executed in copper-paint, on a floral background
Fol. 3v: the five sages in Bene Berak
In the aforementioned printed Amsterdam Haggadot, and subsequently in the large majority of manuscripts of the 18th century that were inspired by it, the number of sage depicted exceeds five. The reason for this is that the artist of the Amsterdam images, the proselyte Abraham bar Jacob, took the images from Mathaeus Merian the Elder's image of the festive meal that Jacob prepared for his brothers in Egypt, which had more attendants. This manuscript is one of only a handful of 18th century manuscripts in which the artists "managed" to limit the number of sages to the necessary five.
Fol. 4r: the Four Sons: the wise son, the wicked son, the simpleton, and the son who is too young to ask
Fol. 4v: Abraham destroying the idols of his father
Fol. 5r: Abraham and the three angels, with Sarah listening
Fol. 5v: the Exodus from Egypt
Fol. 6r: Moses slaying the Egyptian and the Israelites performing slave labor in the background
Fol. 6v: Moses found in the Nile by Pharao's daughter and her maids
Fol. 7v: ten miniature images of the Ten Plagues
Fol. 8r: Moses and Aaron before Pharao
Commonly this image depicts either the plague of the frogs or the miracle of the rod changing into a snake. Here the artist chose the visit only
Fol. 8v: Pharao and his men drowning in the Red Sea
Fol. 9r: Moses receiving the Tablets of the Law while the Israelites wait at the foot of Mount Sinai
Fol. 11r: opening words "Barukh hu u-varukh shemo" ("blessed is he and blessed His name") of the Grace after Meals, in the text ink, within a baroque escutcheon with floral decoration
Fol. 12v: Opening word "Shefokh" ("POUR" thy wrath over the nations),within a baroque escutcheon
Fol. 18r: the Temple in Jerusalem
Fol. 18v: six miniature images to the song "Echad mi yodea"
Fol. 19r: four miniature images to the song "Echad mi yodea"
Fol. 19v: three miniature images to the song "Echad mi yodea"
Fol. 20r: five miniature images to the song "Chad gadya"
Fol. 20v: four miniature images to the song "Chad gadya"
Fol. 21r: four miniature images to the song "Chad gadya"

These images to the final songs of the Haggadah do not appear in the printed Amsterdam Haggadot or in other printed Haggadot of the period, but they are quite common in 18th century manuscript Haggadot. They are believed to be an invention of the 18th century scribes. 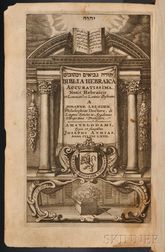 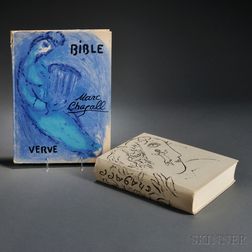 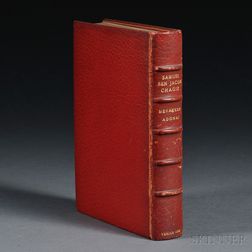 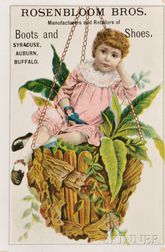 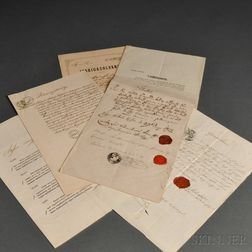 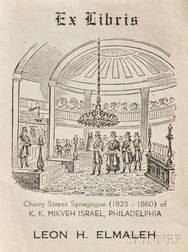 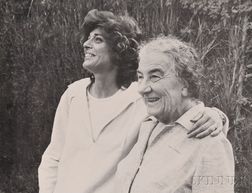 Collection of Material Relating to the Broadway Play Golda 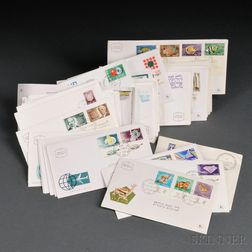