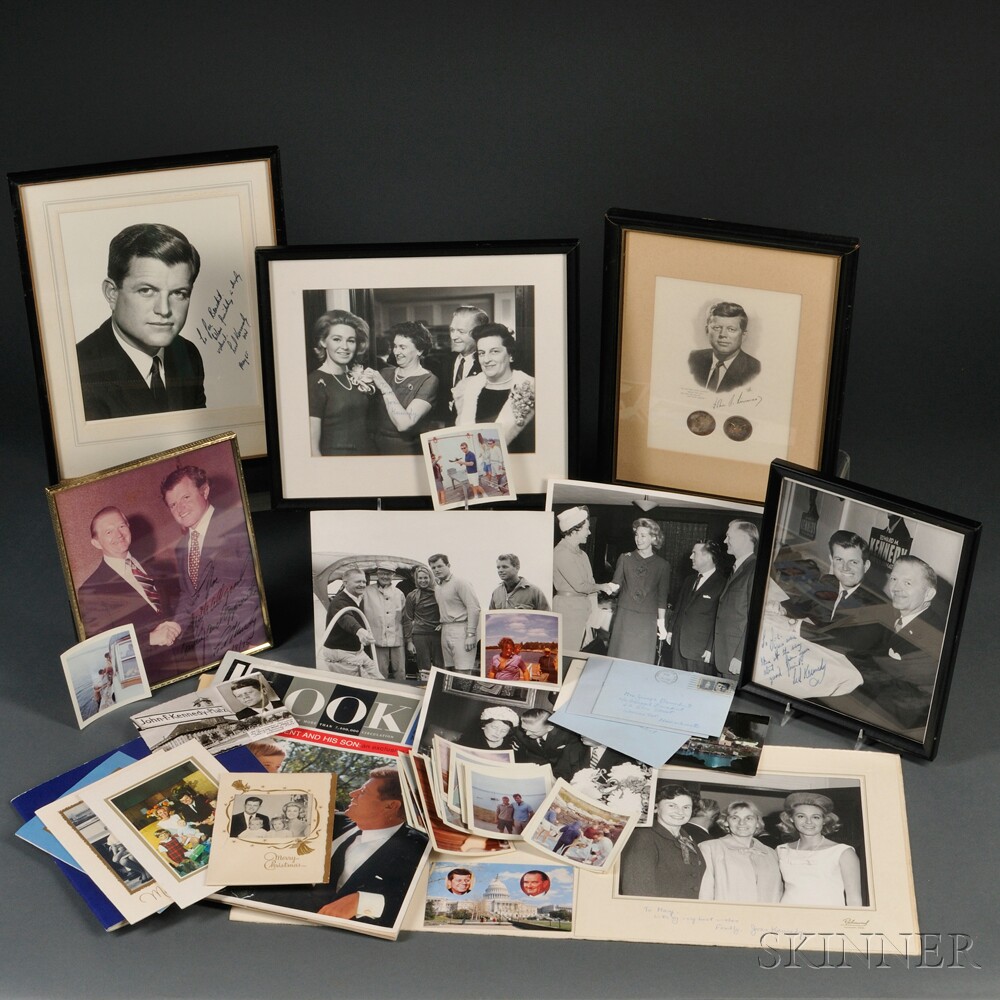 Kennedy Family, Photograph Collection, 1960s-1970s. Three signed photographs of Ted Kennedy, one signed photograph of Joan Kennedy, and a portrait of JFK with two examples of the 1964 Kennedy half dollars set into a commemorative matting, all of the above framed; four unframed 8 x 10 in. black and white photos: two of Joan Kennedy, one signed on the mat; one of Ted, Joan, and Robert Kennedy on a boat; another of Rose Kennedy and two men seated at a restaurant; four Christmas cards from Ted's family, one of which is signed by Ted; two letters signed by Joan Kennedy, one by Rose, and one typed letter signed by rocket scientist Robert Goddard's widow Esther, dated December 30, 1968, all letters with envelopes; one postcard signed by Ted, sent from Tunisia; other Kennedy-related ephemera, including Look magazine from December 3, 1963, and Life from November 29, 1963, both with cover stories on JFK; and thirty-six candid color snapshots of Ted, Robert, Joan, and other Kennedy family members and friends fishing, sailing, swimming, sometimes posing, including duplicates, most 3 1/2 x 3 1/2 in.