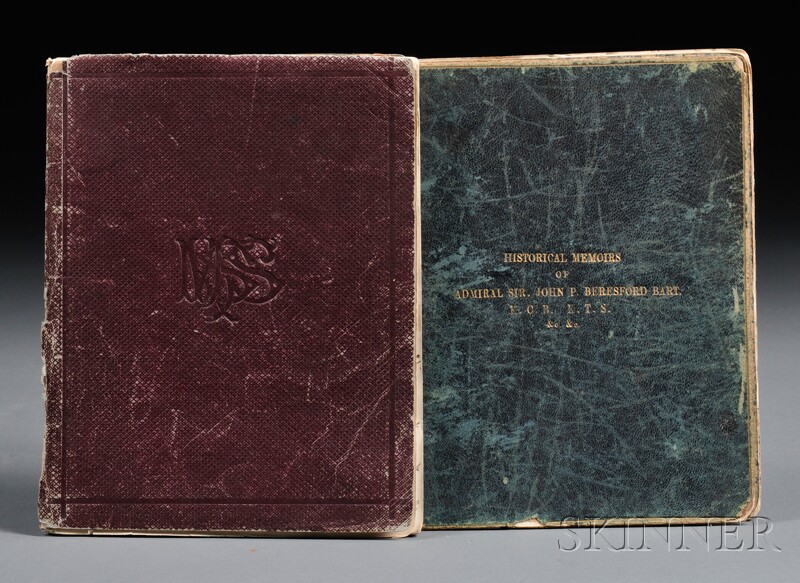 Beresford, Sir John Poo, (1766-1844) Two Manuscript Notebooks, c. 1895.
Two quarto volumes; one containing an account of Beresford's life as published in The Naval Biography of Great Britain, by J. Ralfe, London, 1828, volume IV, pages 97-111; the other, an expanded treatment of the same biographical subject, composed by Sir John's son, the Reverend John George Beresford (1821-1899) of York; both in defective soft-cover bindings, with associated ephemera.
Beresford was an officer in the Royal Navy, serving as captain of the HMS Poitiers during the War of 1812. His most memorable participation involved the recapture of the USS Wasp and a reversal of its capture of the HMS Frolic.
Estimate $400-600