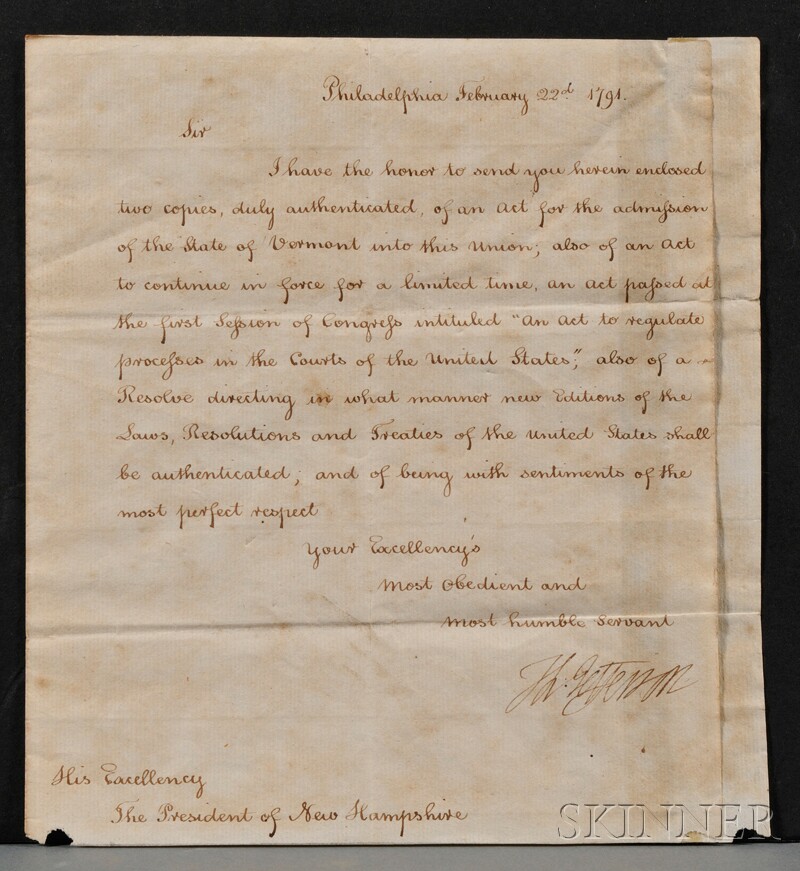 Jefferson, Thomas (1743-1826) Letter Signed as Secretary of State under Washington, 22 February 1791.
Paper bifolium inscribed on one page. To Josiah Bartlett (1729-1795), President of New Hampshire, informing him that Vermont will be admitted to the Union (as the fourteenth colony to become a state) and providing copies of other acts passed at the first session of Congress.
The body of the letter is in a secretarial hand, with Jefferson's signature below; old folds, paper toned, one margin extended, 8 3/4 x 7 1/2 in., folded, without the extension.
I have the honor to send you herein enclosed two copies, duly authenticated, of an Act for the admission of the State of Vermont into this Union; also of an Act to continue in force for a limited time, an Act passed at the first Session of Congress intituled "An Act to regulate processes in the Courts of the United States"; also of a Resolved directing in what manner new Editions of the Laws, Resolutions and Treaties of the United States shall be authenticated; and of being with sentiments of the most perfect respect, your Excellency's most obedient and most humble servant, Thomas Jefferson
Estimate $5,000-7,000