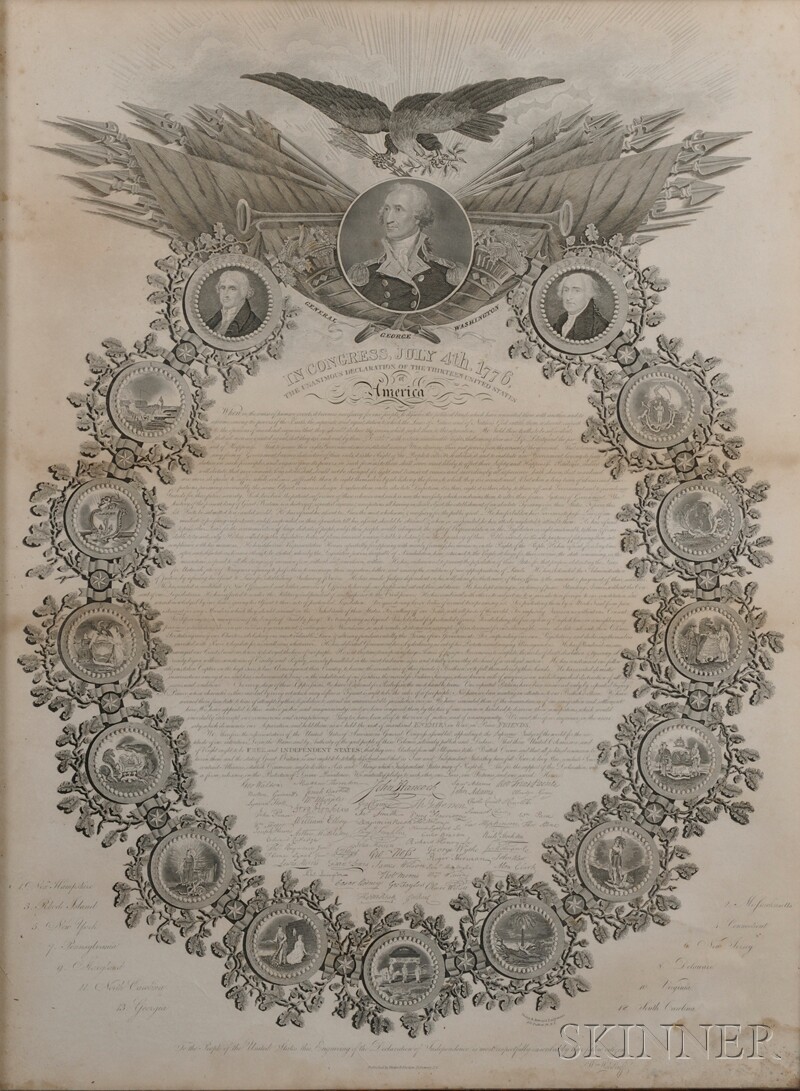 Declaration of Independence, Woodruff Broadside. New York: Phelps & Ensign, [c. 1841-1843]
Single-sheet engraving on paper, second issue, with portraits of Washington, Jefferson and Adams, and seals of the thirteen colonies in an oval oak wreath surmounted by the eagle, with facsimiles of the original signatures reproduced beneath the text of the Declaration, in a period oak frame, chipped; scattered toning, dampstaining in lower right corner, 27 1/2 x 20 1/2 in.
This broadside was the center of a copyright case in 1821. Woodruff's image seemed to follow a pattern described by John Binns of Philadelphia in 1816, but was issued first. Woodruff won the case; the court decided that Binns did not own the idea, and that it wouldn't have been possible for Woodruff to copy an engraving that did not yet exist. The second issue is distinguished by the use of facsimile signatures, which replace the uniform engraved style used in the earlier version.
Estimate $1,000-2,000