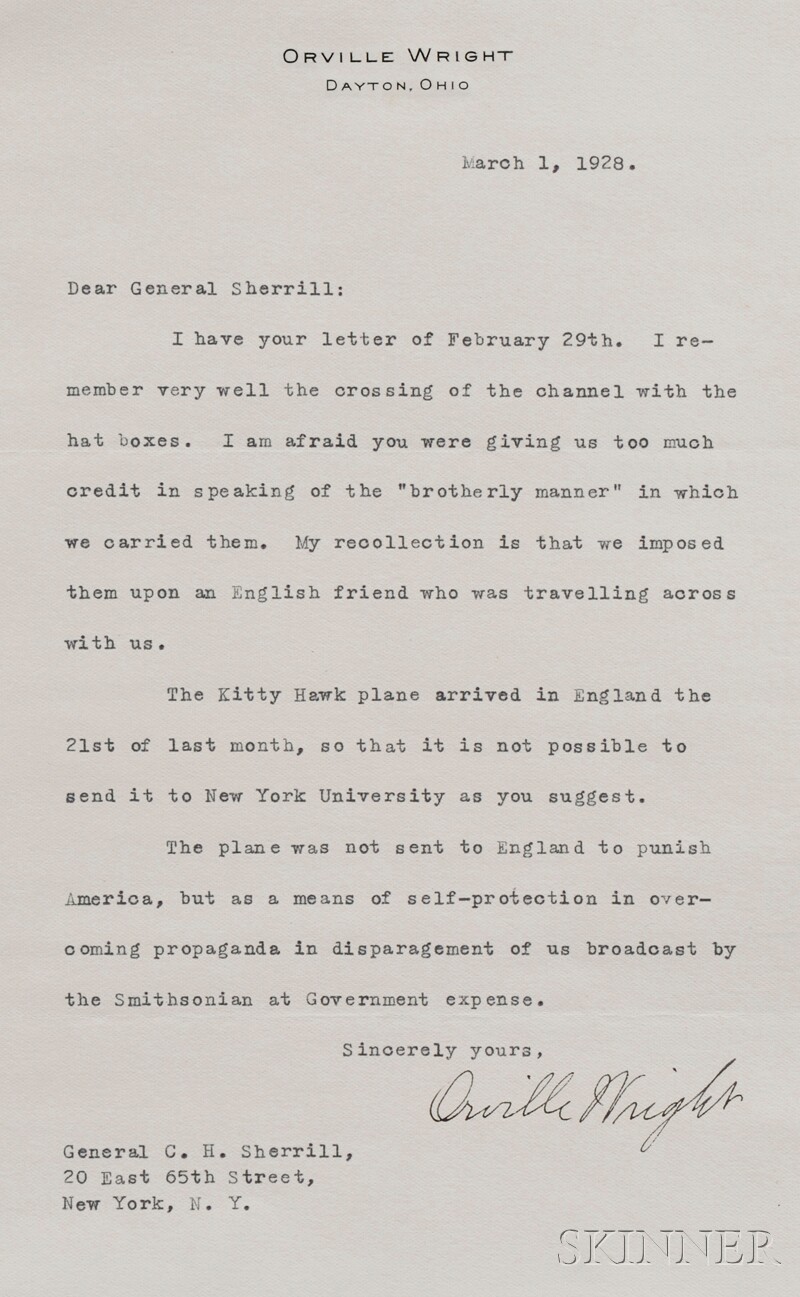 Wright, Orville (1871-1948) Typed Letter Signed, 1 March 1928. Single page, on Wright's embossed stationery, with Dayton, Ohio printed beneath his name. To General Charles Sherrill, referring to a previous incident in which Wright carried some hat boxes across the English Channel (by air?) for Sherrill, and ending in the following manner: "The Kitty Hawk plane arrived in England the 21st of last month, so that it is not possible to send it to New York University as you suggest. The plane was not sent to England to punish America, but as a means of self-protection in overcoming propaganda in disparagement of us broadcast by the Smithsonian at Government expense."
Estimate $700-900