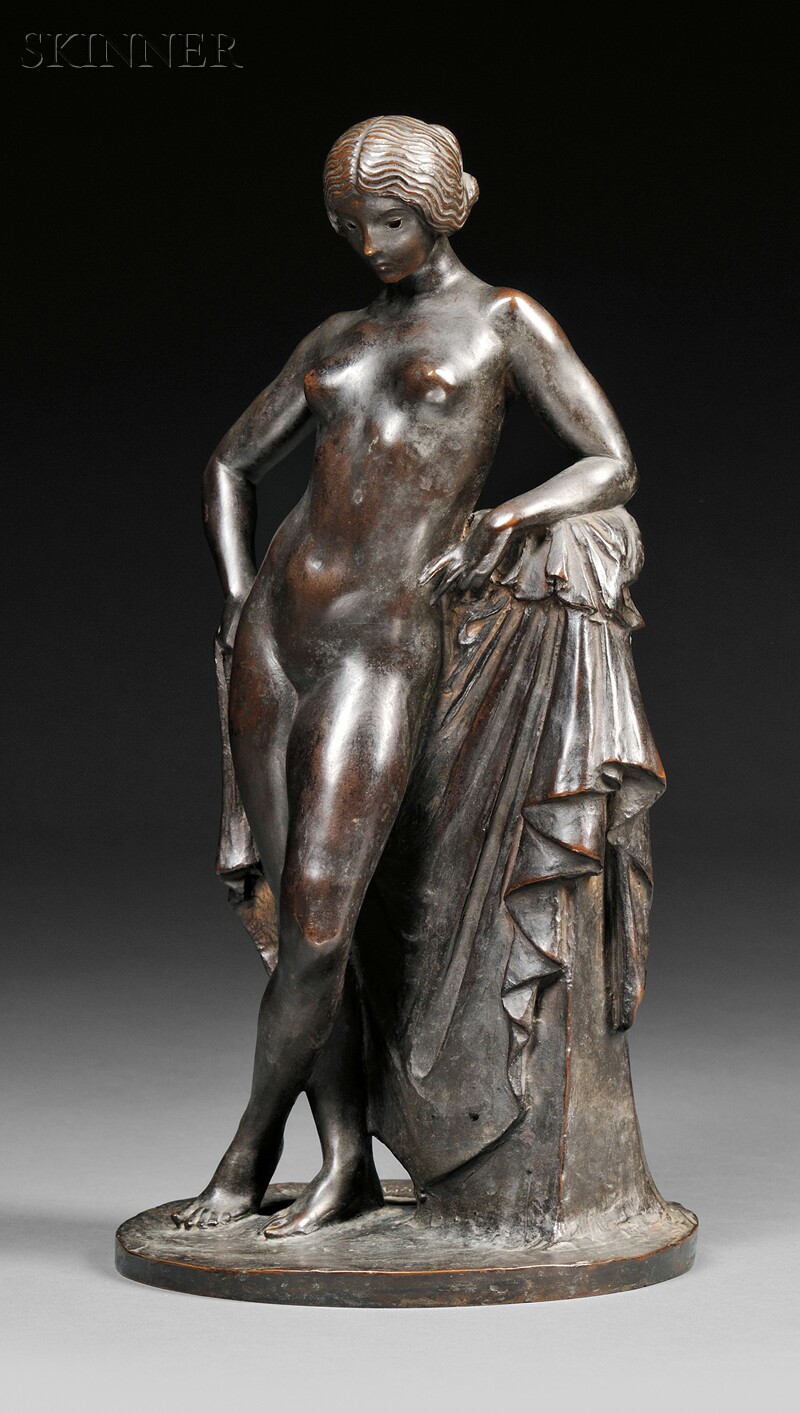 Marietta, alternately titled Young Minerva
Signed "Paul Manship" and foundry marked "Roman Bronze Works N.Y." on the base.
Bronze with black brown patina, height 13 1/4 in. (33.7 cm), with a self base.
Condition: Gentle wear to patina, dust and dirt to interstices.

N.B. The sculpture is dated to 1911 in the "Catalogue of the Sculpture of Paul Manship," in Edwin Murtha's book referenced above. It was an edition of six. While officially titled Young Minerva, the sculpture became known as Marietta after the model who posed for it. In 1911, Manship was immersed in three years of study at the American Academy in Rome, having been awarded the American Prix de Rome in 1909. He returned to New York in the fall of 1912. In February of 1913, the American Academy in Rome presented an exhibition of works by Manship and two other Fellows at The Architectural League in New York, where Manship showed ten pieces done in Rome, including Young Minerva, to critical acclaim.¹.

Diameter of base 6 5/8 in. (16.9 cm); dust to interstices, no additional condition issues to report. 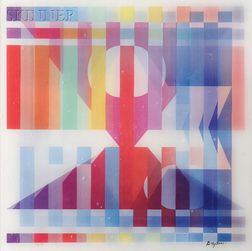 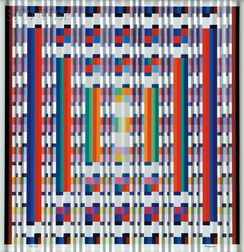 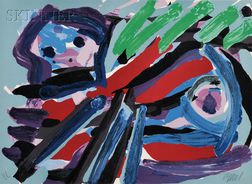 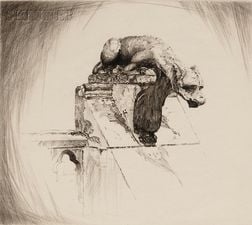