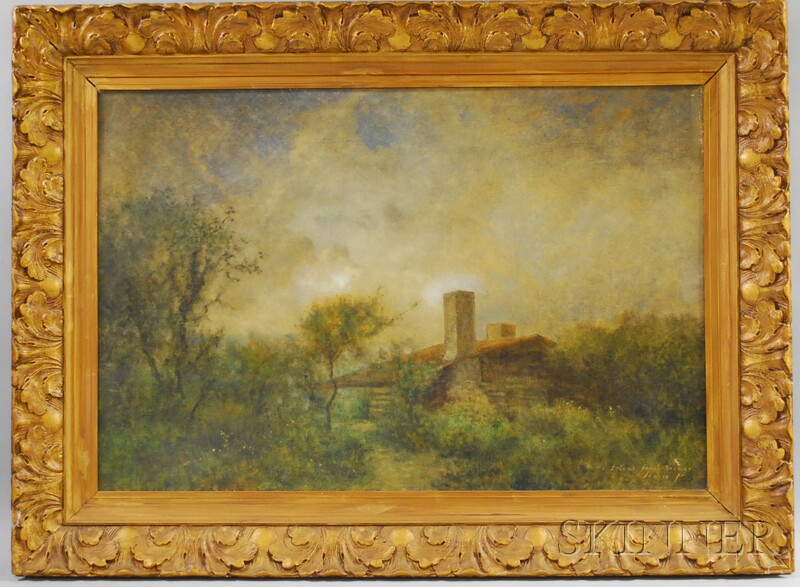 N.B. Frank Seaman (1858-1939), to whom Inness dedicated the painting at hand, was the owner and creator of the Yama Farms Inn in Napanoch, New York, which opened in 1913. Originally from Rochester, New York, Seaman built a fortune in the advertising industry in New York City and purchased property in Napanoch as a retreat. There, with designer Olive Brown Sarre, he created a complex of Japanese-style buildings and gardens, which he named Yama-no-uchi, translated as "Home in the Mountains." The complex was further expanded to create the Inn, which could house Seaman's many guests and which was visited by famous individuals of the day, including George Eastman, Harvey S. Firestone, John Burroughs, Henry Ford, and Thomas Edison, as well as Gustav Stickley. The building depicted in the painting at hand, known as "The Hut," was Seaman's private home, constructed ca. 1906-1910. The back porch of the house faced southeast, providing a view across Yama-no-uchi and the Rondout Valley. "This residence, while not as overtly Japanese as the other Yama-no-uchi structures, reflected Japanese ideas of simplicity. The influence of the American Arts and Crafts movement could be seen in its log walls, gently sloping rooflines, and massive cobblestone chimneys." (1) The estate fell into disrepair after being sold in 1944, but the Town of Wawarsing conferred landmark status on the structures in 2011.

1. Yama Farms Inn, A Home in the Mountains, http://www.yamafarmsinn.net/Yama_Farms_Inn__A_Home_in_the_Mountains/The_Hut.html (accessed 6/28/12) 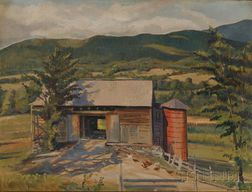 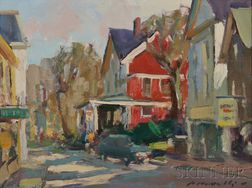 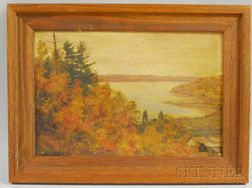 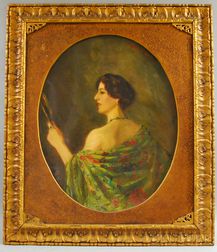 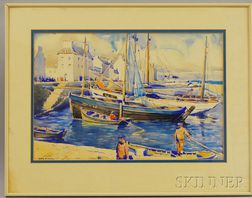 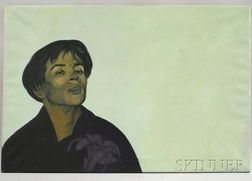 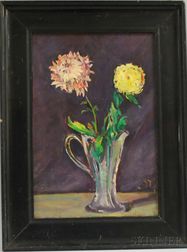 Clara McClean Sargeant (American, b. 1889) Mums in a Pitcher