New Hampshire Pictorial Needlework Sampler, "Hannah W. Perkins Age 11," Jaffrey, New Hampshire, 1818, wrought with silk, chenille, and metallic threads on a linen ground with painted and pricked paper details, the sampler centered with a scene with a young lady with applied painted paper face holding a bouquet of flowers in a pasture with applied pricked paper grazing sheep, trees, a large basket of flowers, and a house on a distant hilltop, with rows of alphabets and a pious verse above, all enclosed in a meandering flowering and fruiting vine, (imperfections),17 1/4 x 18 1/4 in., in a later molded oak frame.

Provenance: By family descent of the maker, pedigree chart and a family record attached to verso.

Literature: See "Pictorial Samplers of Southern New Hampshire" in Girlhood Embroidery: American Samplers, Pictorial Needlework 1650-1850, by Betty Ring, Alfred A. Knopf, Inc., 1993, pp. 244-247. This sampler is related in style and by family to a group of four samplers illustrated in Ring's book. They were worked by girls from the small towns of Fitzwilliam, Rindge, and Jaffrey, New Hampshire, just north of the Massachusetts border. Samplers in the north central Massachusetts towns of Lancaster and Leominster bear borders, central scenes, and painted or paper-faced figures. Ring writes, "A number of families from this region of Massachusetts moved into southern new Hampshire during the early federal period, and contact was no doubt continued with friends and relatives in their former towns...Between 1817-1821, girls of Fitzwilliam and Rindge placed paper-faced ladies in elegant pastures surrounded by luxuriant floral borders...Their samplers have an interesting variety of materials and their paper-faced people and consistently worked flowers unquestionably relate them to a later example naming Jaffrey."

Hannah Woodward Perkins was born November 26, 1806, the daughter of Edward (b. 1773) and Ruth Gordon Perkins (b. 1777) in Jaffrey, Cheshire County, New Hampshire, and the fourth child of ten born to the couple. A sampler shown on p. 246, fig. 283, was worked by her cousin Nancy S. Perkins in 1821. Nancy was born in Jaffrey in 1807, and moved to nearby Fitzwilliam in 1810. Hannah's younger sister Mary Jane's (b. 1815) memorial sampler is pictured on p. 247, fig. 284. It is dated August 6, 1829, showing a monument dedicated to her three departed siblings and pictures their parents and the seven surviving siblings mourning at the monument. Hannah married Abraham Corey on June 1, 1824; the couple also had ten children.

Toning and some fading, some losses to paper on woman's chest, and the two sheep. Thread is thin in some some of the stitched lettering. Some light moisture stains to background. 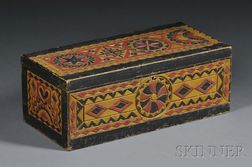 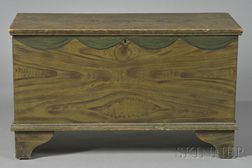 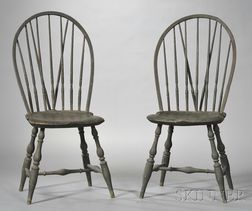 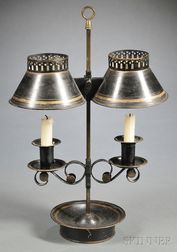 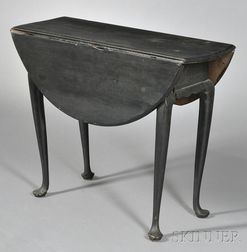 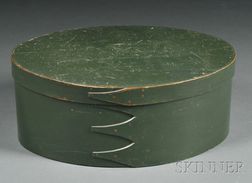 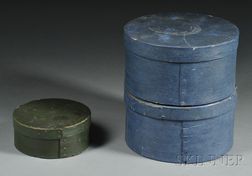