Note: This bowl, created in the archeological style, reflects the mid 19th century fascination with Greek and Roman antiquity. Robert Phillips had a shop on Cockspur Street in London, and is known for his fine jeweled gold mountings on Mughal crystal bowls, and his archaeological-inspired jewelry. Phillips is known to have visited Rome in the 1850s on a study trip, where he viewed period Roman works of glass, gold, and lapidary, including the collection of antiquities owned by the Italian firm Castellani. Phillips exhibited at the 1867 Paris Exposition Universelle, and it is quite possible that this bowl was exhibited there. Two similar examples by Phillips are held in the collection of the Victoria & Albert Museum.
Estimate $8,000-10,000 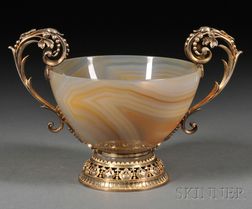 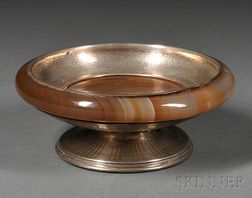 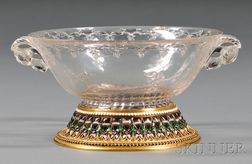 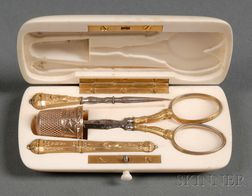 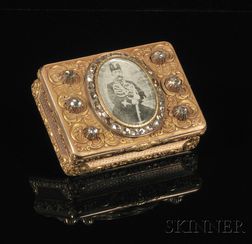 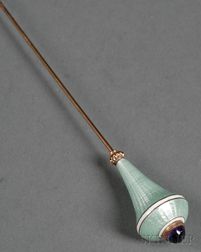 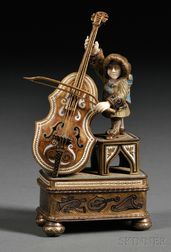