Thomas Moran (American, 1837-1926) Henry Hudson in the Half-Moon at the Highlands 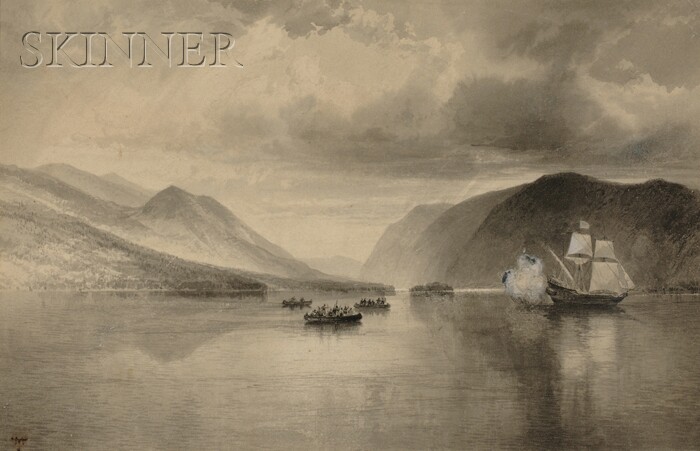 N.B. The present work appears to be Moran's design for an engraving by R. Hinshelwood, published in A Popular History of the United States, by William Cullen Bryant and Sydney Howard Gay, Volume I, 1876, page 356. According to Phyllis Braff, it was customary to execute a composition in grisaille with white gouache highlights for emphasis as a guide for a black and white illustration.