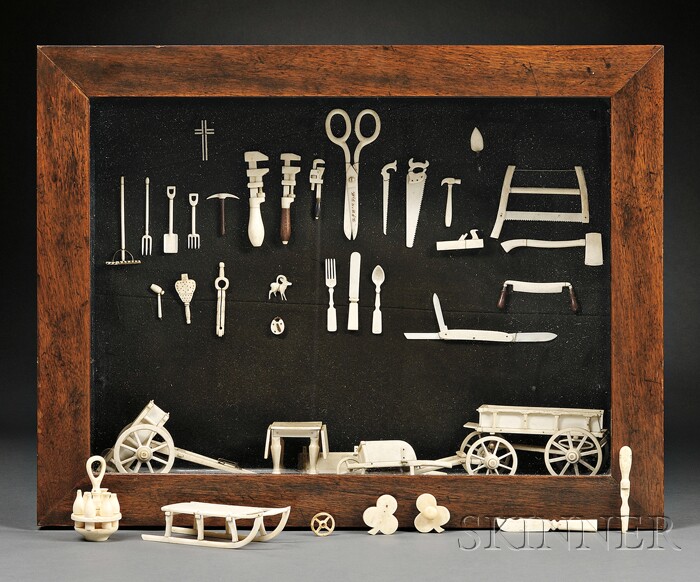 Provenance: William Gilman is the great-great uncle of the consignor. According to family history and a photocopy of his 1911 death notice from a probable Putnam Connecticut newspaper, William Gilman was born in Rutland, Vermont, in 1848, and had a wheelwright shop in Thompson, Vermont. He moved his shop to Putnam, Connecticut, which later fell victim to fire. He later had a shop in Pomfret, Connecticut, married a woman named Mary Carroll, and had four children. At some point they moved to Massachusetts, as William died in 1911 in South Boston. His wife and children all resided in Boston at the time of his death.
Estimate $8,000-12,000