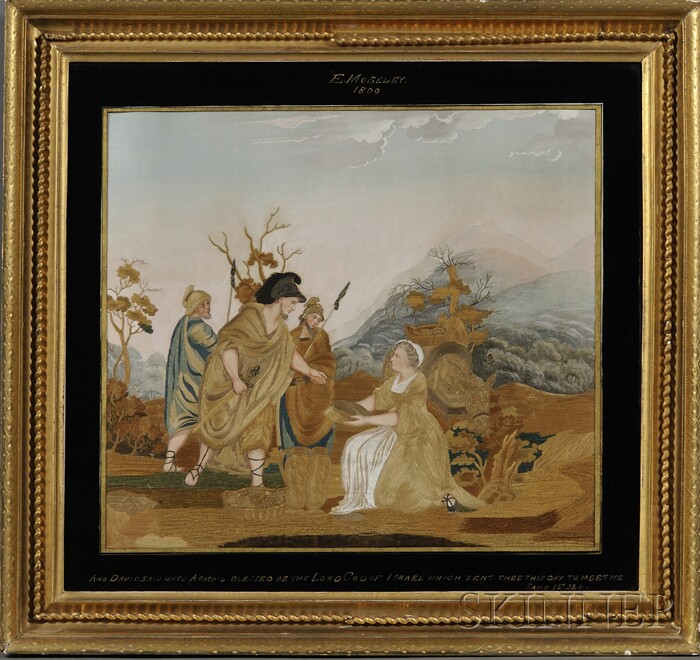 Framed Old Testament Biblical Needlework Picture, "Worked by Eunice Moseley 1809 Aged 16," the maker's name, date, and bible verse from which the picture is taken is identified in eglomise inscriptions on the fore mat and inscriptions on the backing paper; worked in silk, metallic, and chenille threads on a silk ground with painted background and faces, depicting a biblical verse from 1 Samuel, Chapter 25, sight size 16 x 18 in., in likely original molded giltwood frame with eglomise mat.

Note: Eunice Moseley was born October 8, 1793, in Wethersfield, Connecticut, to Dr. Abner and Eunice (Wells) Moseley. She became the second wife of Winthrop Buck (b. December 9, 1784), the son of Daniel and Sarah (Saltonstall) Buck. Winthrop was a farmer in Wethersfield all his life. Together they had eight children.

The scene portrays Abigail, wife of Nabal, who rode out on a donkey with an abundance of food and wine for King David, to appease his anger toward her husband. Later, after Abigail's husband died, she became David's wife.
Estimate $600-800

The needlework is in very good condition.