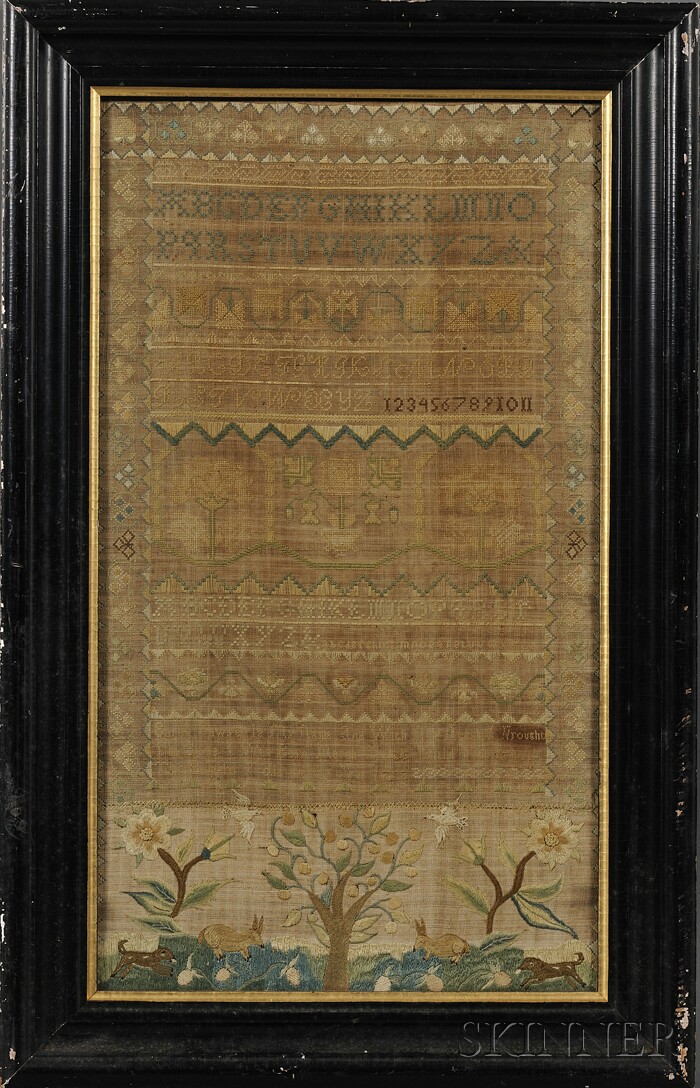 18th Century Needlework Sampler, "Sarah Sawyer is my name and with my needle wrought the same. I was born March the 25th in the year 1740. This sampler I did in the year 1757.," Newbury, Massachusetts, worked in silk threads on a linen ground, with rows of alphabet and numerals alternating with geometric floral bands over the inscription, enclosed on three sides by sawtooth and undulating floral borders, over a satin-stitched landscape centering a fruit tree with rabbits, birds, dogs, flowering bushes, and strawberry vines, (toning, fading), 22 1/4 x 12 1/2 in., in a molded wood frame.

Literature: According to New England families, genealogical, and memorial, by William Richard Cutter, Lewis Historical Publishing Co., New York, 1913, pp. 128-129, Sarah Sawyer was born March 25, 1740 in Newbury, Massachusetts, the daughter of Enoch, a physician, and Sarah (Pierpoint) Sawyer. She was the second wife of Thomas Parsons (b. April, 28, 1739), the son of a famous preacher of his day. They married on July 18, 1762, and resided in Newburyport. Thomas Parsons was a mariner and although was reported missing, was thought to have been murdered aboard ship in February of 1772.