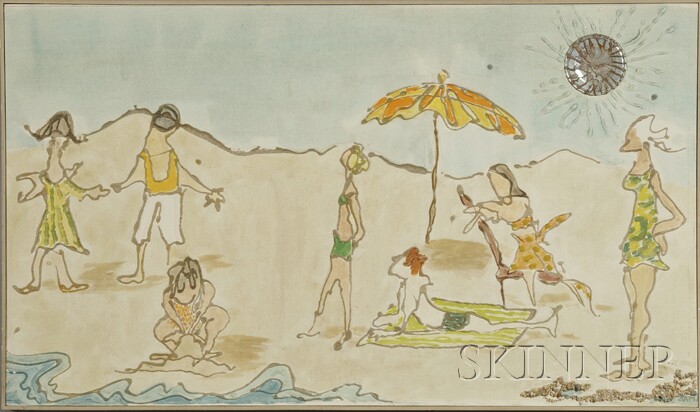 Note: Anne Marie De Samarjay emigrated to the U.S. from Hungary and became a successful textile designer, artist, and teacher. She owned and operated a business in Manhattan under her name during the mid-20th century. Her designs were produced by major textile fabricators such as Waverly, Schumacher, Lloyd, and others.
Estimate $400-500