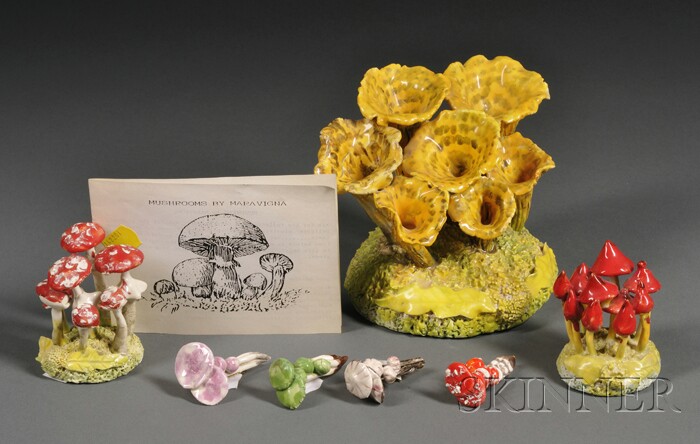 Three Maria Maravigna (1899-2006) Mushroom Groups and Four Mushroom Brooches, Winchester, Massachusetts, mid-20th century, four separate clusters of mushrooms, each glazed according to their colors in nature, all signed Maravigna with species classification on the base, ht. 2 7/8-5, together with four small mushroom cluster brooches, 2 1/8-2 1/4 in., accompanied by a small printed brochure titled Mushrooms by Maravigna.

Note: Maria Maravigna was known as "The Mushroom Lady." There is an exhibition of her work at the Harvard Fogg Museum in Cambridge, Massachusetts. In 1999, she won an award from the North American Mycology Association for her contributions to the field.
Estimate $100-200