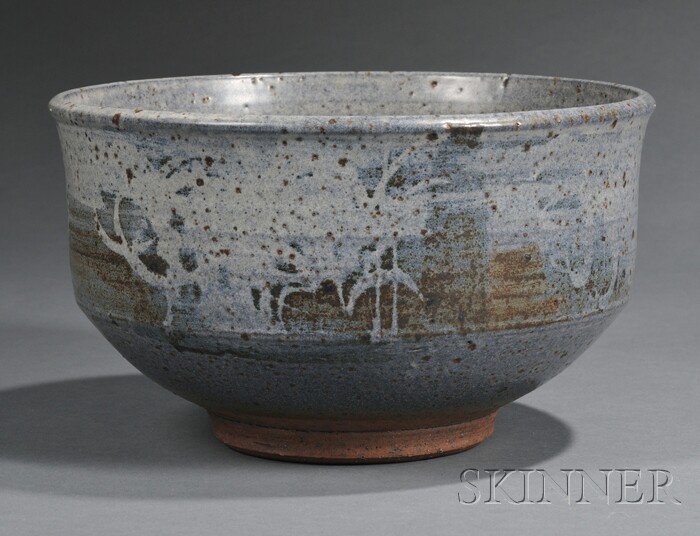 Note: Peter Voulkos studied painting and ceramics at Montana State University in Bozeman and earned an MFA degree from the California College of the Arts. He began his career producing functional dinnerware in Bozeman, Montana. He later founded the art ceramics department at the Los Angeles County Art Institute, and at the University of California, Berkeley, where he taught from 1959 until 1985. Voulkos won many awards for his work and examples are found in many American museums and around the world.
Estimate $1,000-1,500