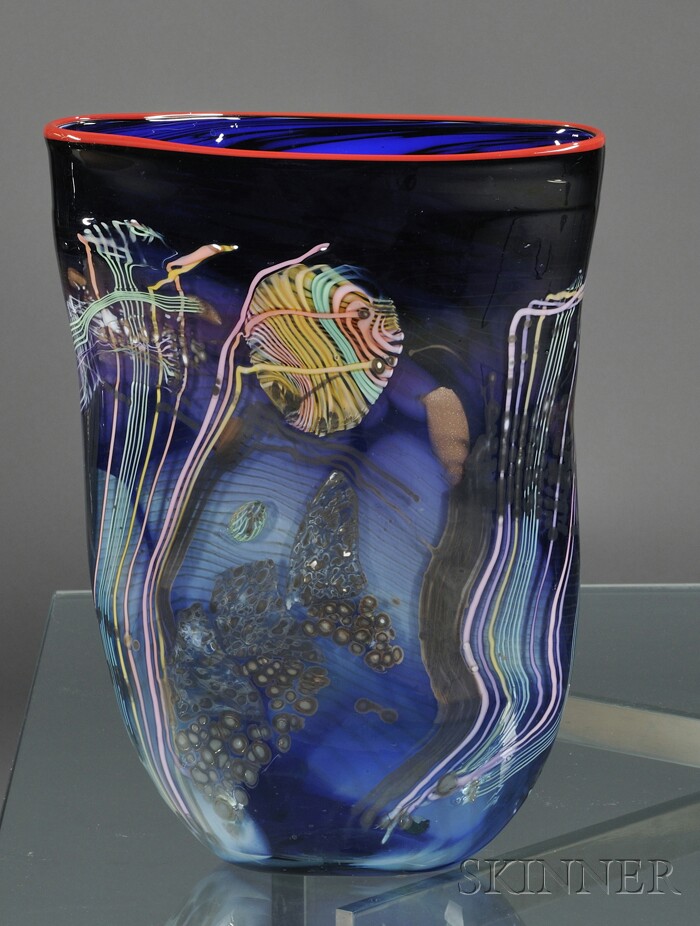 Note:
Chris Hawthorne, b. 1953, was influenced by Dale Chihuly and studied under some of the world's best glass artists at the Pilchuck Glass School in Washington state. He has exhibited numerous times over the years and his work is in many notable permanent collections including The Museum of Fine Art in Boston, The Muskegon Art Museum, Dow Chemical, Motorola Corporation, Prudential Securities, and the Gillette Corporation.
Estimate $400-500