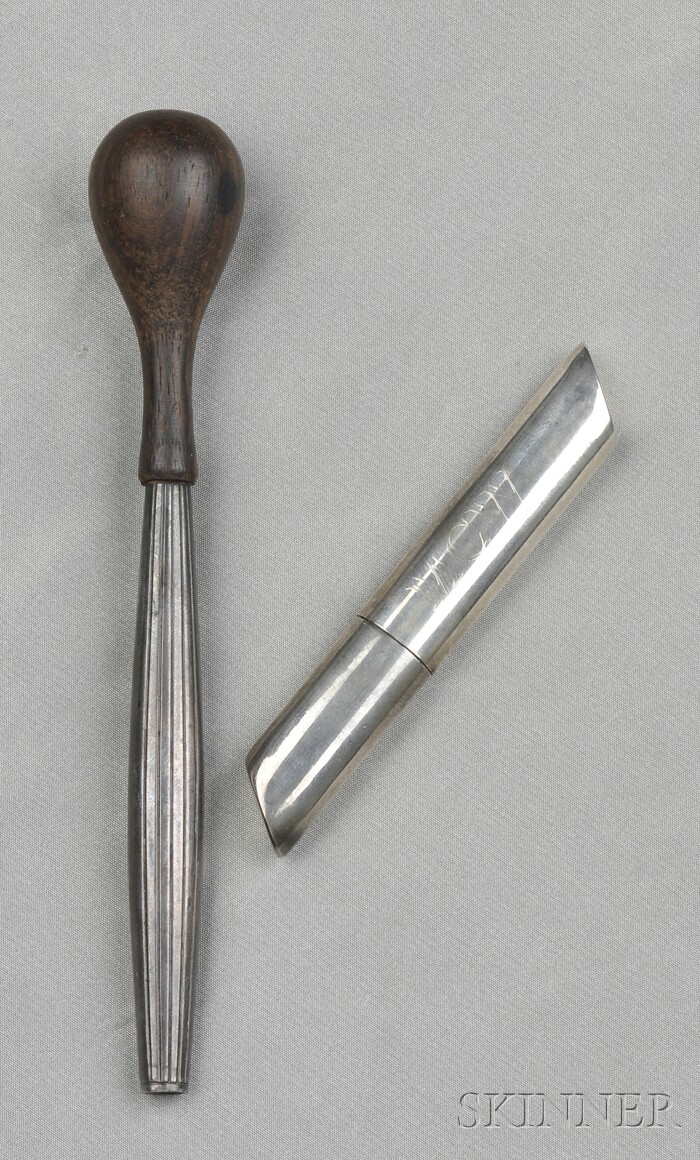 Silver, Enamel, and Wood "Contempra House" Muddler, designed by Earl Pardon, made by Towle Silversmiths, unsigned, together with a silver toothpick holder with the monogram MCW for Margret Craver Withers.

some tarnish to both items, wear with use, otherwise without issues.