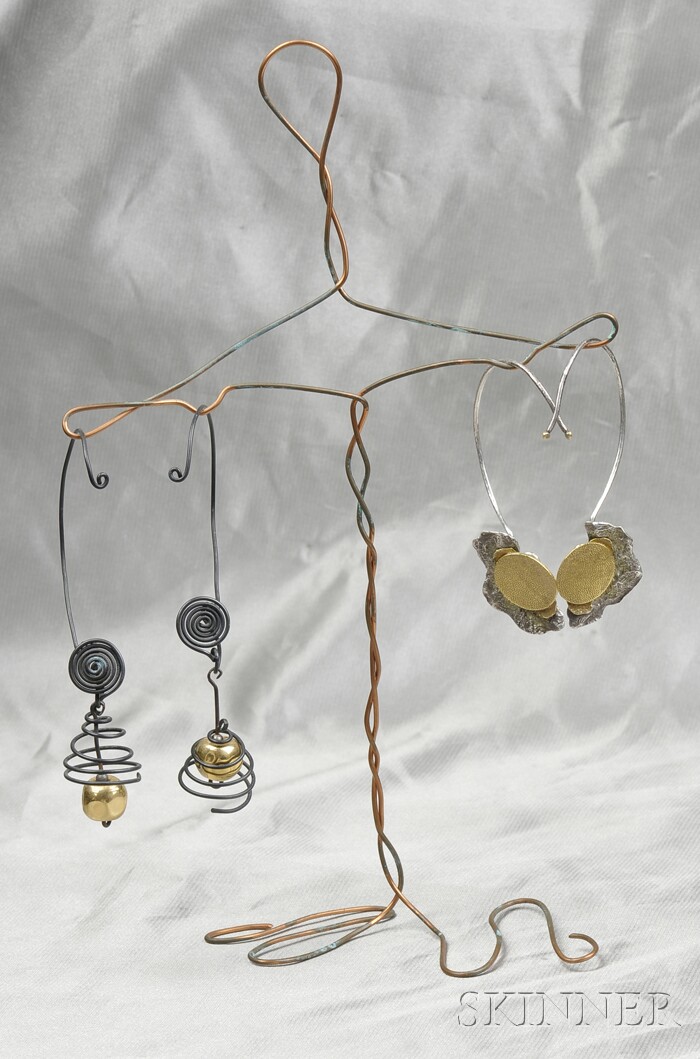 Two Pairs of Earpendants, a pair of earcuffs in blackened wire, each suspending a gold tone metal bead within bell-shape wiretwist, together with a copper wiretwist earring stand, both possibly Margret Craver, unsigned, together with a pair of 22kt and 18kt gold and silver earclips, signed Austin.