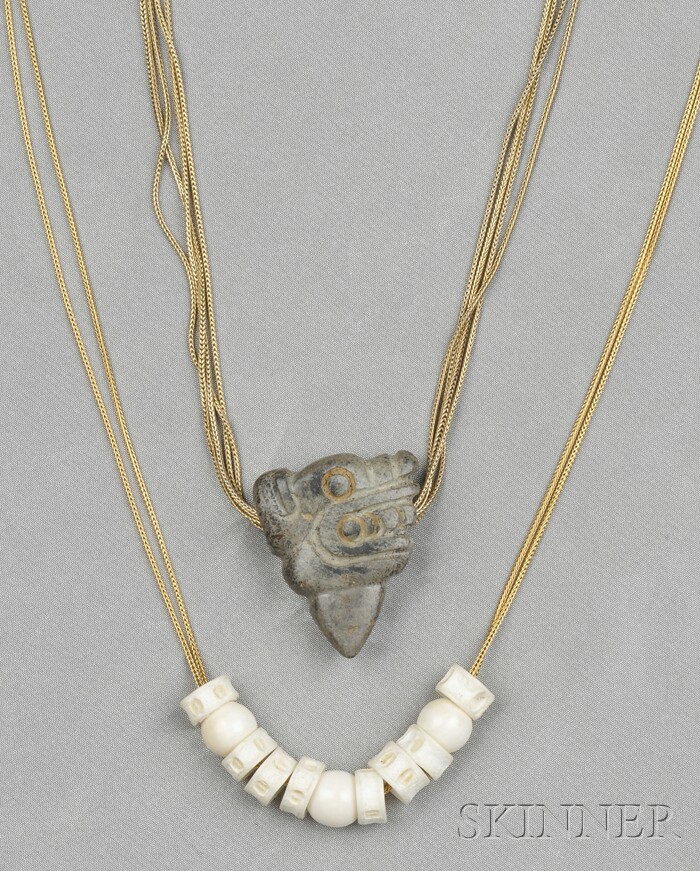 Two Necklaces, one with carved hardstone talisman, lg. 1 3/8 in., the other with bone beads and disks, both on gilt foxtail chain.