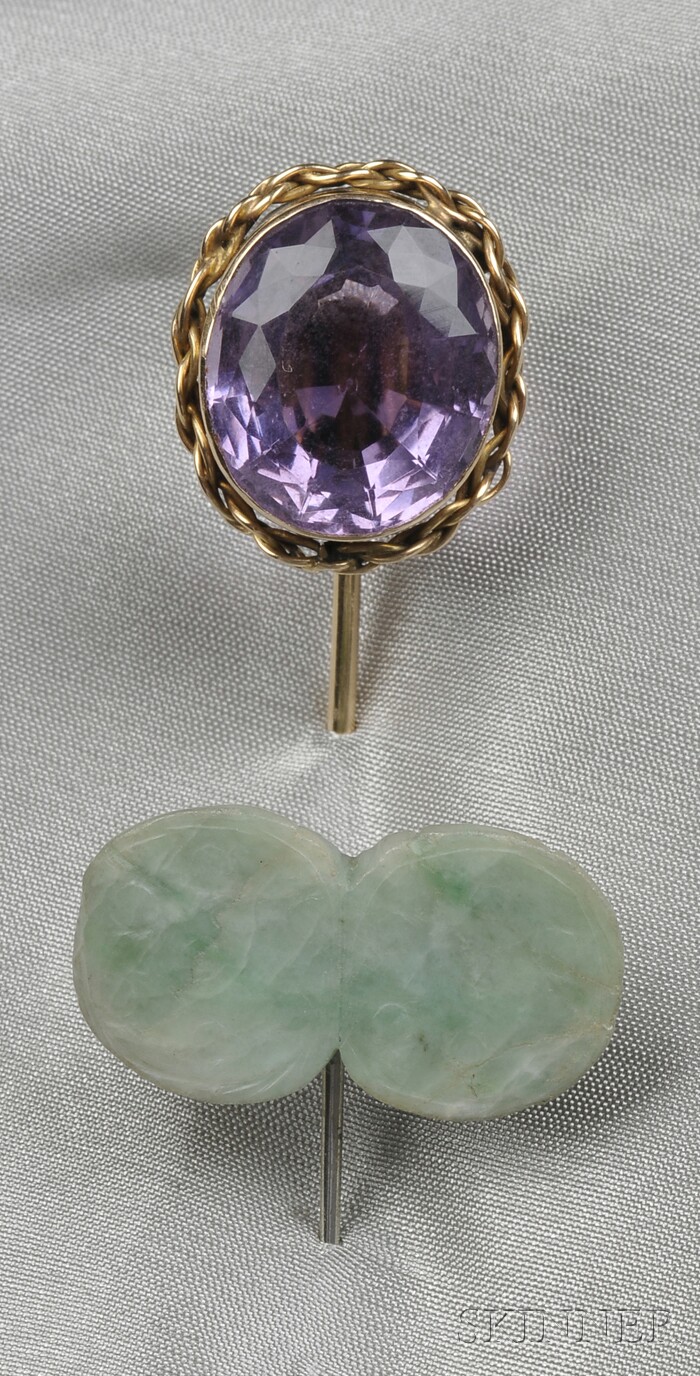 Two Stickpins, one set with a cushion-cut amethyst, 14kt gold mount, the other with carved jade, white metal mount, (jade with glue repair).