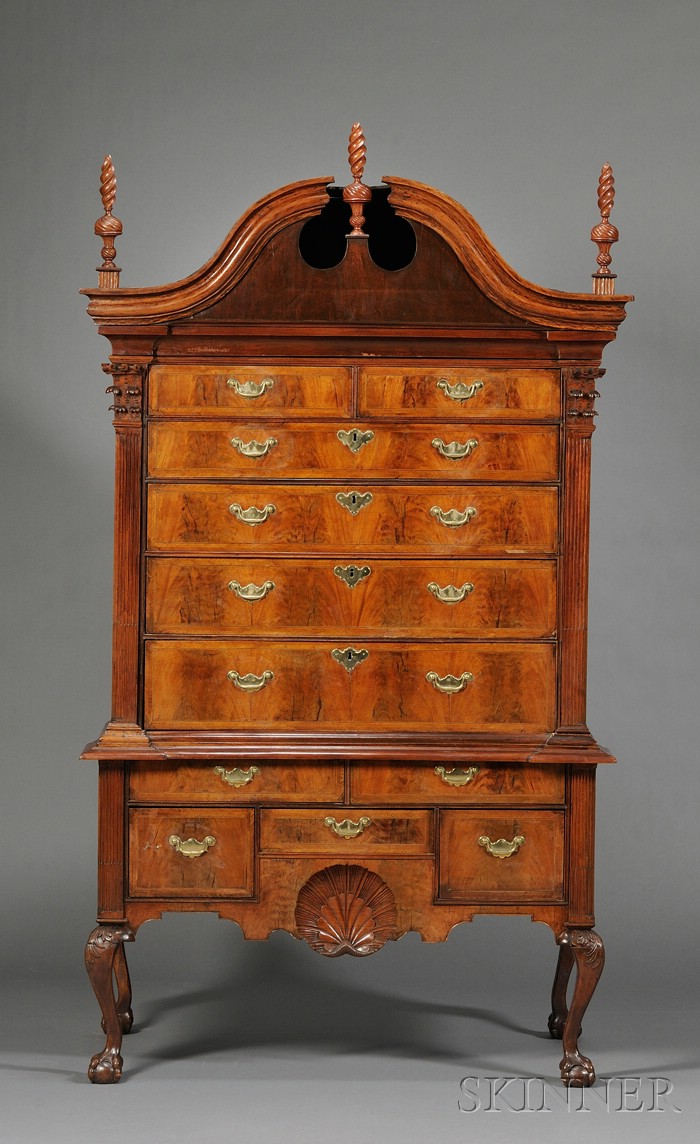 Provenance: Family descent within the Simes family of Portsmouth, New Hampshire. According to the consignor, who is a descendant of the Simes, the high chest was originally owned by John Wentworth (1737-1820), who was the British colonial governor of New Hampshire from 1767 to 1775. During the Revolution, fearing for his safety, he packed up his wife and infant son and fled, eventually ending up in Halifax, Nova Scotia. In 1792, Wentworth was appointed governor of Nova Scotia and served until 1808. In 1776, with outstanding debts still in Portsmouth, the city fathers decided to auction the contents of Wentworth's home. Members of the prominent Portsmouth mercantile family, the Simes, bought the high chest, with whom it has remained.