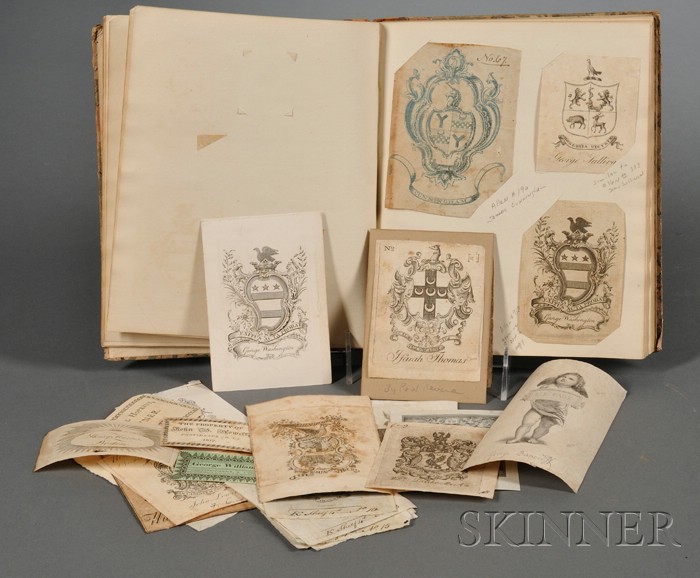 Collection of 18th-20th Century Bookplates, the majority engraved with a coat of arms, two are for George Washington, one is for Isaiah Thomas, reportedly engraved by Paul Revere, approx. 154 bookplates total.
Estimate $300-500

Numerous bookplates are housed or loose in a bound book,
many of notable individuals of their time with references to "American Book-Plates, A Guide to their Study with Examples" by Charles Dexter Allen (1865–1926); and "Bookplates" by Sidney L. Smith; Many are noted Rhode Island figures.

-One portion of the book appears to be a schoolboy's notebook/handwriting exercise on "Rhetoric" dated 1801-1803; the book binding is deteiorating.