Polychrome-painted Wallpaper Mural "On the Banks of the Bosporus," 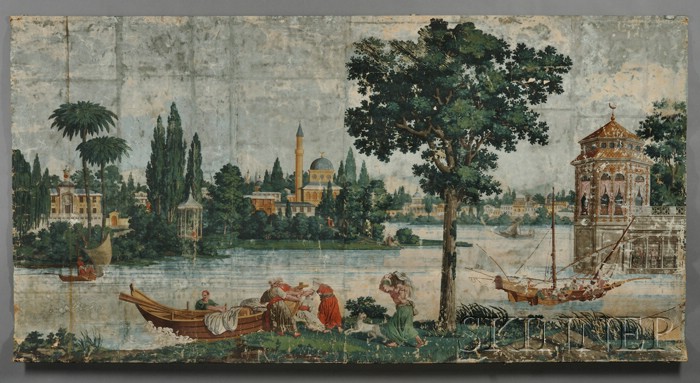 Provenance: The imported French wallpaper mural was reportedly from the house of Enoch Dow of Salem, Massachusetts, which was built in 1807 and removed c. 1820 by a gentleman named Charles Wellington who removed this paper from the house after many architects and artists were unable to do it. It reportedly took him three days using his own preparation to remove it. It was then mounted on linen.