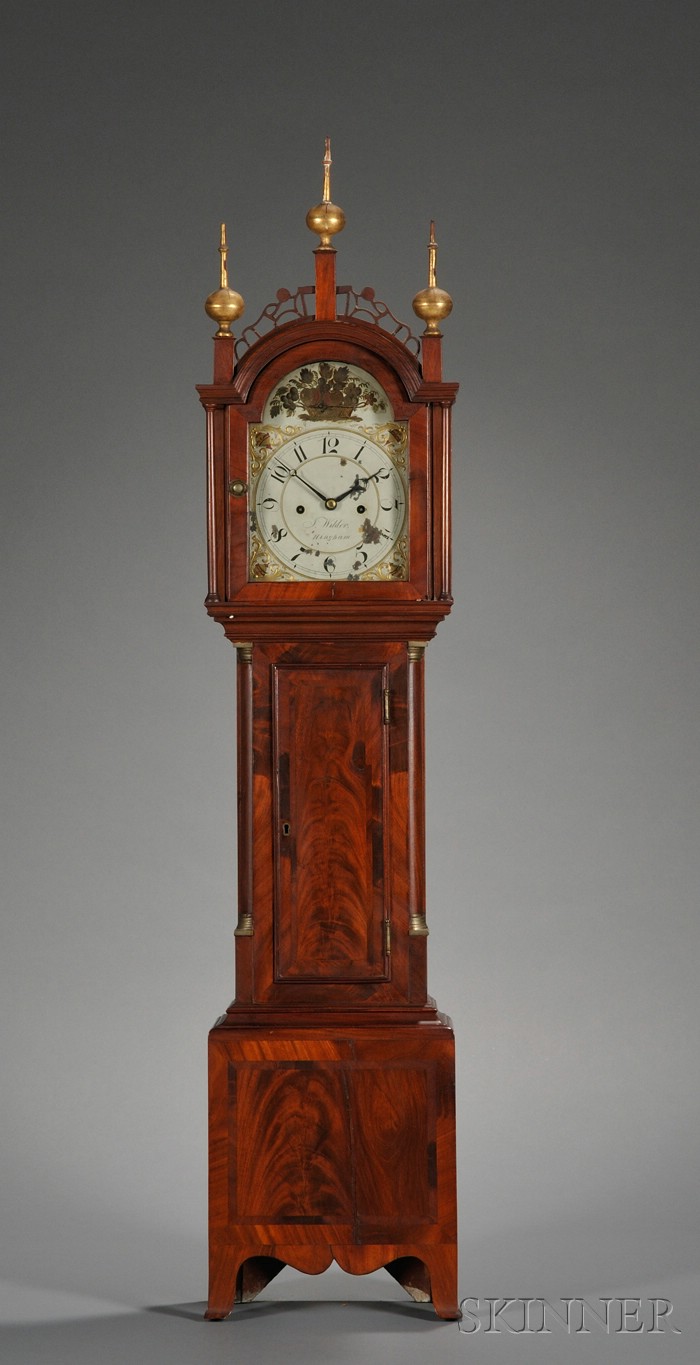 Literature: In Harbor & Home, Furniture of Southeastern Massachusetts, Brock Jobe et al., University Press of New England, 2009, plate 105, pp. 325-327, a nearly identical clock is discussed by Gary Sullivan, who writes, "of the twenty known examples of this type, seventeen have cases ascribed to [Abiel] White's shop." Sullivan says that the clock shown in Harbor & Home "exemplifies the finest version of the form."

Note: Other examples of this form include one sold at Christie's sale of the Property from the Collection of Mrs. J. Insley Blair, 21 January 2006, as lot 567. Another is discussed in Albert Sack, The New Fine Points of Furniture, Crown Publishers, New York, 1993, p. 145. In the entry, termed a "masterpiece" by Sack, he writes, "This is the highest level of form achieved in the group of grandmother clocks produced in the Hingham or Hanover area...This will always be recognized as one of the supreme clocks of this rare and desirable group."
Estimate $30,000-50,000

some paint loss to dial, shrinkage crack in front panel of base, finials may well be original, breaks and repairs to fretwork.