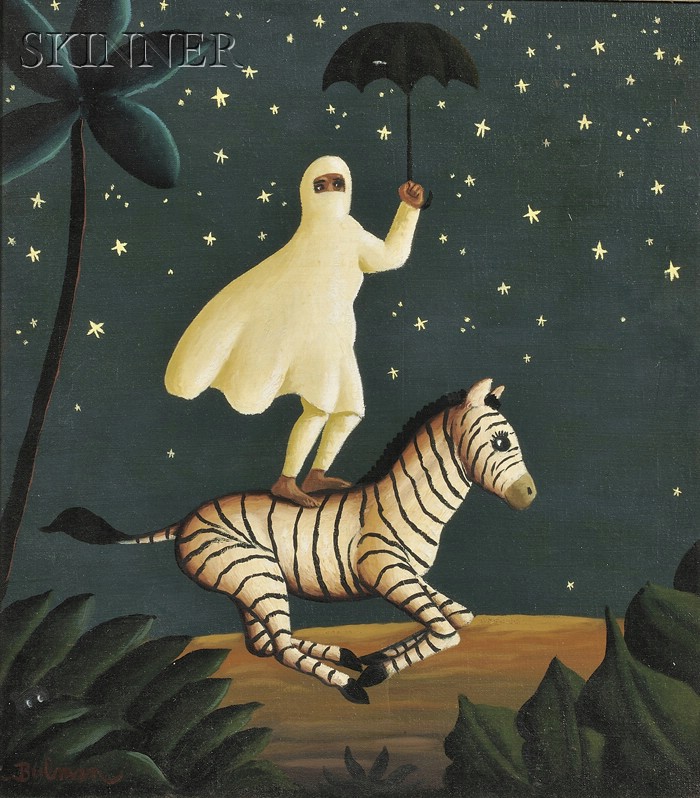 N.B. We wish to thank Edward and Deborah C. Pollack for their assistance with cataloguing the lot, and the work is recorded in their Orville Bulman catalogue raisonné files.

Varnish inconsistencies. Pigment fluorescence throughout, particularly in areas that are not varnished. Small area of craquelure l.l.