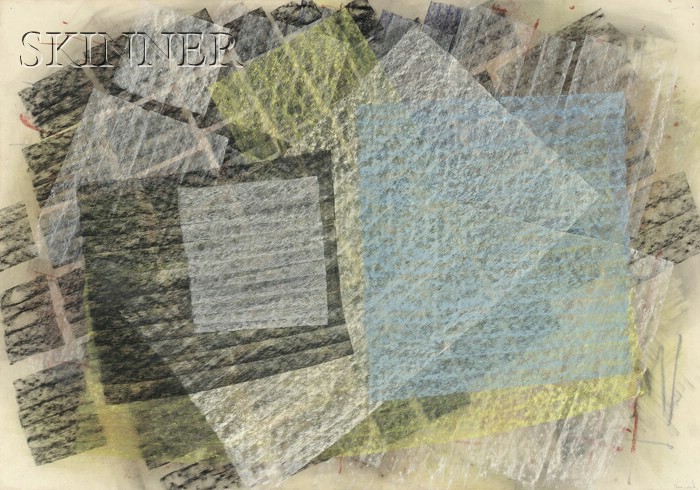 N.B. Tancredi was born in Feltre, a remote Northern Italian town in the foothills of the Dolomite Mountains. In his late teens, he headed south to the coastal metropolis of Venice where he attended the Accademia di Belle Arti. Tancredi had already exhibited at galleries in both Venice and Rome, including the Galleria Nazionale d'Arte Moderna, when he met Peggy Guggenheim in Venice in 1954. (1) Guggenheim became his patron by providing him with studio space and exhibiting his work in her palazzo. (2)
He first exhibited in the United States in 1958 at the Saidenberg Gallery in New York, and continued to exhibit in solo and group shows in Europe, including the 1964 Venice Biennale.
Tancredi was associated with the Movimento Spaziale, a group founded by Lucio Fontana, who believed that "matter should be transformed into energy and invade space in a dynamic form." (3) Unlike Fontana who chose to break up the pictorial plane by cutting into his supports, Tancredi maintained the integrity of his paper and canvas supports and instead focused on compositions which threatened to float, spill, or explode into the viewer's space.

PROVENANCE: The collection is an institutional collection, and the work was probably acquired by the institution before 1970.