The Bond Shop Astronomical Regulator No. 396 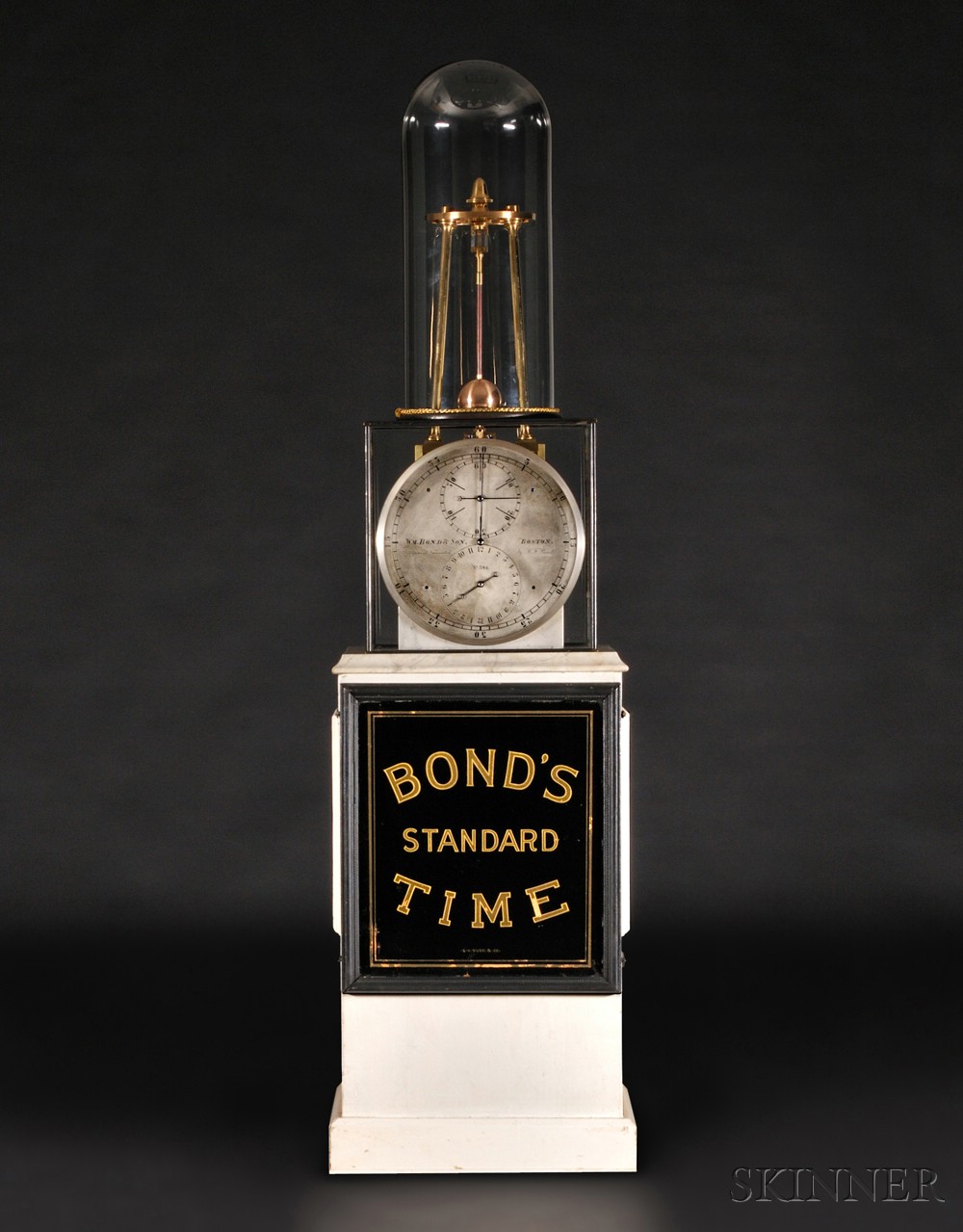 
Provenance: William Bond & Son; Suren H. Hekimian by descent to the consignor.
Exhibited at the Smithsonian 1982-2000
Literature: The present example is illustrated in the Boston Globe, January 24, 1904 with the principals of William Bond and Son. The Christian Science Monitor, February 16, 1944 illustrates the clock in the window of the Bond shop at 9 Park Street, Boston and gives an excellent history of the Bond business founded in 1793. The present clock is also discussed in: Derek Roberts, Precision Pendulum Clocks, France, Germany, America and Recent Advancements, (2004), pp. 223-31; No. 395 presently at the Merseyside County Museum, Liverpool is shown in Alan Smith, Editor, Country Life International Dictionary of Clocks (1979), pp. 309-10; No. 394 presently at the Collection of Historical and Scientific Instruments at Harvard can be found at www.fas.harvard.edu/~hsdept/chsi-collection.html
Three articles by Carlene E. Stephens are a valuable resource to understand these important clocks and the role played in establishing Standard Time in America:
-Partners in Time: William Bond & Son of Boston and the Harvard College Observatory (Harvard Library Bulletin 35, Fall 1987), pp. 351-84
-The Most Reliable Time: William Bond, the New England Railroads and Time Awareness in 19th Century America (Technology & Culture, Jan. 1989), pp. 1-24.
-Astronomy as a Public Utility: The Bond Years at the Harvard College Observatory (Journal History of Astronomy, Vol. 21, No. 1, Feb. 1990)

Bond Regulator No.396 is in excellent mechanical condition. The "Break-Close" device once mounted on the back plate is now gone, with clear evidence of position and original bridges. 396 retains the original glass dome protecting the conical pendulum, glass box over the movement and dial, conical pendulum, second's beating pendulum (mercury removed), hands and winding key. The two brass ball weights probably once used to power the clock (and still found on Bond No. 395) are now replaced with a single lead weight. The bench-made case for use in the Bond shop is as illustrated in early photographs. Bond Regulators No. 394 and 395 were uncased as they were intended to be housed on granite pedestals secured in bedrock at the observatory. The present example not intended for use in an observatory, remains the only example with a period case. An 18-inch lower removeable section was undoubtedly used to make the clock more visible in the 9 Park Street shop window.
Accompanying the lot are five custom built foam-fitted shipping crates designed to safely transport Bond 396 and all components. Ephemera pictured does not accompany the lot. 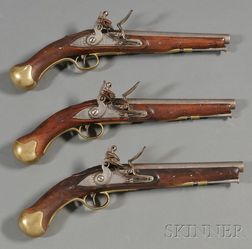 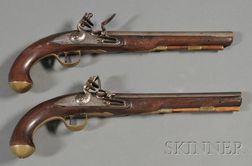 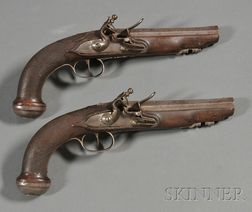