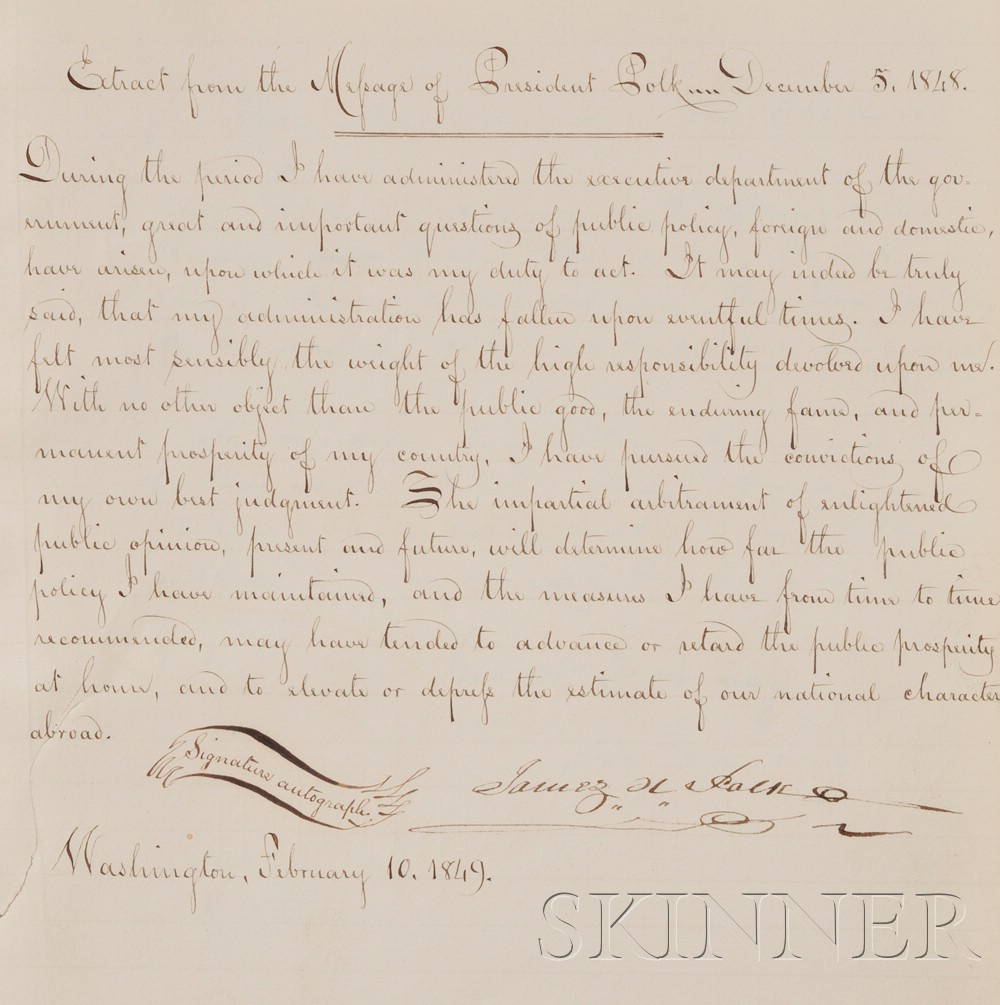 Of the group, the Ingersoll, Robert Dale Own, French, Forney, and John Quincy Adams appear to be written in their own hand. The others appear written by Glossbrenner, and then autographed.